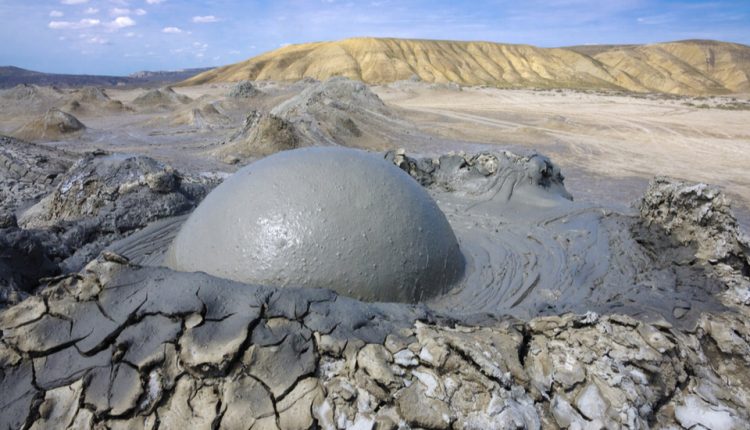 Researchers have investigated how similar mud volcanoes could form under water.

Mud volcanoes are an unpredictable and dangerous phenomenon — but now scientists have a better understanding of how some of them form and evolve.

More than 1,000 mud volcanoes have been identified around the world, both on land and underwater. The most famous eruption, known as Lusi, began in Indonesia in 2006 and buried nearby villages in thick mud.

Arthur Blouin at the French Research Institute for the Exploitation of the Sea in Plouzané and his colleagues studied a mud volcano in the Caspian Sea, a centre of oil and gas exploration, which has the densest distribution of such volcanoes anywhere in the world.

The researchers simulated how methane becoming trapped in the sediments at the site could trigger changes in pore pressure, causing mud to form some 3.5 kilometres beneath the seafloor and begin rising. They calculate that it takes around 100 years for the mud to reach the seafloor and erupt.

Understanding what causes the mud to form, and how long it takes to get to the surface, could help researchers to improve predictions of future eruptions, the authors say.

What exit polls say about state of Georgia’s Senate runoffs

Google says it will remove search function in Australia if…