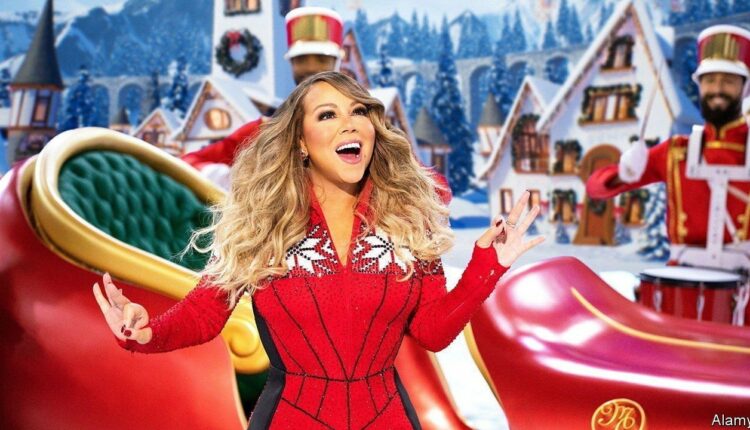 THE BATTLE to be top of the charts on Christmas Day has been won in recent years by the likes of Taylor Swift, Ed Sheeran and Ariana Grande. But lately these singers have faced competition from an unexpected source: the 20th century. Despite the best efforts of today’s young stars, the December charts have become dominated by musicians who are well into middle age, or dead.

On Christmas Day five years ago, every single in the top ten of the Billboard Hot 100, a chart of America’s most popular songs, was a new release. In 2017 Mariah Carey crept in at number nine with her massive 23-year-old hit, “All I Want for Christmas is You”. Since then the oldies have shuffled relentlessly forward (see chart). Last Christmas half of America’s top ten songs were more than half a century old. Indeed Ms Carey, then aged 51, was one of the younger artists: two of her fellow chart toppers were drawing a pension; three had joined the heavenly chorus.

Old hits have been revived by new technology. Billboard’s charts used to be based predominantly on record sales, as well as incorporating the number of radio plays. But since 2015 its evolving formula has tended to give the greatest weight to the number of listens on streaming services like Spotify. The result is that records like “Jingle Bell Rock” (1957) by American country singer Bobby Helms, which no longer generate many physical-format sales but which still get streamed on repeat in December, have been catapulted up the rankings.

The Christmas-charts phenomenon illustrates why investors are re-evaluating musicians’ back catalogues. Streamers pay rights-holders a small sum for every play of a song, so old favourites whose physical sales had long ago dwindled have returned to earning a steady income. Artists with year-round appeal have been cashing in on their newly sought-after oeuvres. Last year Bob Dylan sold his collection to Universal Music Group, the world’s biggest record label, for a sum reportedly over $300m. On November 30th BMG, another music company, said it had bought the heavy-metal collection of Mötley Crüe.

Streaming may mean a new payday for enduringly popular artists, but it saps some of the excitement from the Christmas charts. Ms Carey, who claimed second place in Billboard’s ranking last year and first place the year before that, has already begun her festive assault on this year’s charts: at the time of writing she had reached number 12, and rising. Christmas may be “The Most Wonderful Time of the Year” (last year’s number-seven hit), but it is also becoming the most musically predictable.

Hundreds of thousands of Canadians are travelling abroad despite Omicron