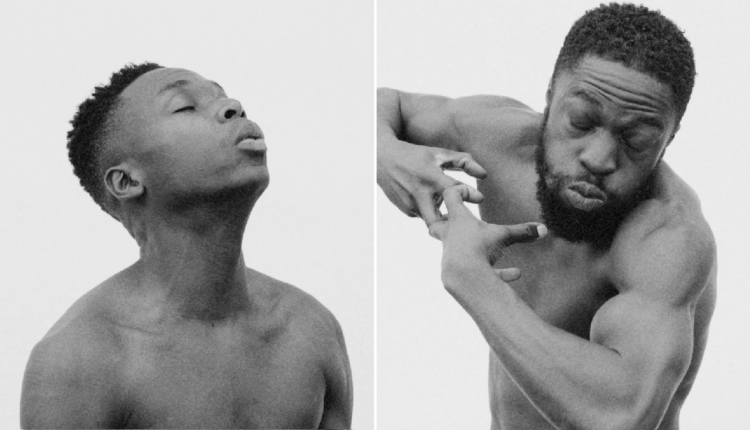 ‘My father and I have a fractured relationship,’ Lanre Malaolu tells Metro.co.uk.

‘He wasn’t consistently present in my life, and I have felt a lot of resentment and rage because of that.

‘I didn’t know how to work through those feelings until I got older.’

Black fathers have historically been demonised in Western culture, both by politicians and in the media.

There’s a persistent belief in the ‘absent Black dad’ narrative, held up by research that found in 2011 that 18.9% of Black households were made up of a single parent – though it’s important we don’t assume that just because a father isn’t in the household, he isn’t involved (a report from the CDC states that Black fathers – even those who do not live with their children – are more actively involved in their children’s lives than male parents of other races).

For Lanre, a man with a limited relationship with his own largely absent Black father, this presents a complex problem.

‘This conversation is hugely nuanced, but there is an element of truth to this narrative. Many young Black boys grow up without their fathers. But the media and other people in power take that sliver of truth and weaponise it.

‘There are structural barriers and institutional inequalities that often make it harder for Black men to be the fathers they may want to be. But that side of the story isn’t heard. Instead, this narrative around absent Black dads is used to make Black men look bad, and justify racist stereotypes and beliefs.

‘It also makes it incredibly hard to talk about the impact of not having a Black male role model as a child, without feeling like you’re feeding in to this negative and distorted narrative.’

It was the process of making his first film, Figure, that enabled Lanre, an award-winning choreographer and director, to confront some of these deeply entrenched emotions.

Lanre is no stranger to baring his soul through his art.

His previous films and theatre productions have delved unflinchingly into issues of identity and mental health, as well as reflections on what it means to be a Black man in modern Britain.

He hasn’t always found it easy to open up. In his personal life, he has often felt stymied by the expectations of masculinity, and he attributes some of that to his relationship with his father.

Lanre managed to become unstuck thanks to a revelatory conversation he had with his father. It was the first time he felt able to let out some of the anger and hurt he had been holding on to.

‘We were sitting in his car, and I was ready to tell him everything,’ he says. ‘Tell him exactly how I felt, the emotional turmoil, the confusion, the pain, the anger I had experienced over the years. The struggle of not having someone there to be able to talk to or to relate to as a man, and as a Black man.

‘I told him all of this. I’m pretty sure I was shouting at some points because I was really in my feelings. I remember two things about how he reacted.

‘Firstly, he apologised. But the second thing I remember is that he was just looking around, he didn’t have the words right away. Then he just started to speak about how his dad was with him.

‘I don’t know what I was expecting. But it wasn’t expecting that.

‘I saw this lineage of all these men, these Black men, and the way they fathered their sons. And suddenly, I saw myself in the car. It was this surreal moment where I was consciously there, but subconsciously, I wasn’t.

It was this question that Lanre wanted to untangle, not only within himself, but through his latest dance piece SAMSKARA.

Commissioned by The Yard Theatre, SAMSKARA will be Lanre’s first full-scale production with a cast, and live percussionist.

In the piece, four generations of Black men are trying to understand themselves in a world that tells them they have to be strong.

Inspired by real-life testimony and told through a fusion of physical theatre, hip-hop dance and text, SAMSKARA explores vulnerability, emotional trauma and how cycles of fatherhood affect masculinity.

Lanre wants to interrogate Black British male identity, and ask what will be passed on and what will be left behind.

‘This is a reaction to generations of being othered and experiencing racism and internalised racism. We aren’t given the space or the tools to process our trauma, we haven’t had any other choice than to bury that pain.’

He says that breaking this cycle is possible, but it will require Black men to find new ways of talking and relating to each other.

‘We have to find a way to actually communicate about these things,’ says Lanre.

Lanre’s latest work is keen to highlight that there is so much more to Black male identity than trauma, pain and conflict. He aims to push back against the negative depictions of Black men and showcase the joy that he knows is also an integral part of his experience of Blackness.

‘I want to unpack what’s behind that head nod between Black men. There is love and joy behind it, not just suffering.

‘It’s that feeling of being in a club with your Black brothers and just dancing, or being at a Black gathering, eating food and hearing that kind of deep belly laughter, of Black men and Black women too. It’s the feeling of being hugged by your father.’

SAMSKARA is showing at The Yard Theatre from 8 November – 20 November, and you can buy tickets online.


MORE : ‘I was embarrassed’: What it feels like to be diagnosed with arthritis at 27


MORE : ‘We feel hopeless and unheard’: Why Black communities are turning to social media to find their missing loved ones