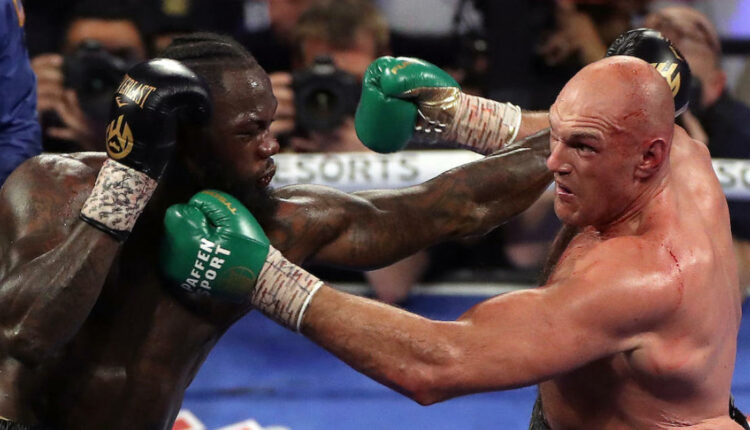 How to watch Tyson Fury vs. Deontay Wilder trilogy fight

Tyson Fury and Deontay Wilder will face off in Las Vegas tonight in the third, and likely final, chapter of their rivalry. The heavyweight stars will compete for Fury’s World Championship Boxing and The Ring titles.

Both fighters weighed in at career highs this week. But Fury, 33, has the size advantage at 6-foot-9, 277 pounds. The 35-year-old Wilder, who is 6-foot-7, bulked up for the third bout, weighing 238 pounds — seven pounds heavier than last year.

In 2018, the controversial first matchup between the two ended in a split draw. Fury appeared to dominate most of the fight, but Wilder scored two crucial knockdowns in rounds 9 and 12, enough for Wilder to keep his championship.

Last year, Fury returned with a new strategy: keep the pressure on Wilder, early and often. The British boxer handed Wilder the first loss of his storied career and was crowned the new heavyweight champion of the world.

“It’s definitely going to be a war but I don’t think (Fury) is going to be able to stand toe to toe with me,” Wilder said in an interview with CBS Sports on Thursday. “Even on my worst day, in the condition that I was in, he couldn’t get me out of there. I finished the fight on my feet.”

The third fight, which was originally scheduled for July, was pushed back after Fury tested positive for COVID-19 during training camp. “Make no mistake, I will be back and better than ever,” Fury said at the time. “We will fight October 9, and I will knock him spark out!”