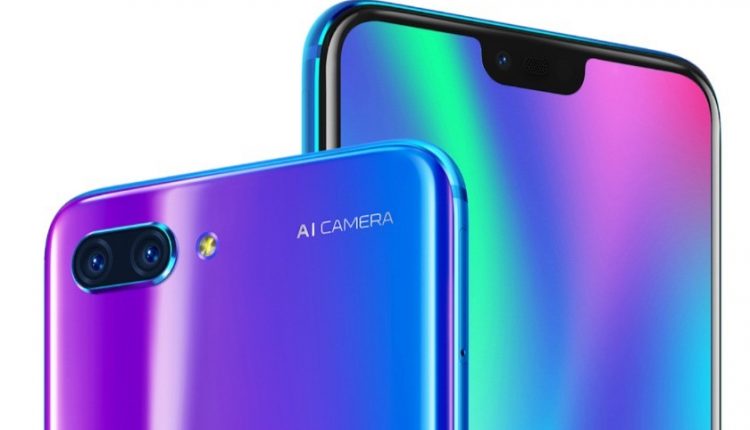 Honor knows summer is here and has the perfect phone to celebrate. The Honor 10 is one of the brightest, sparkliest, and most colorful smartphones we’ve seen in a while. The phone succeeds the very attractive Honor 9 from last year, which impressed with its great combination of specs and style, and is almost identical to the Glory 9 released recently in China. Can the Honor 10 improve on the Honor 9’s winning formula? Here’s everything you need to know about the phone.

In China on July 3, Honor released a revised version of the Honor 10 called the Honor 10 GT. The phone showcases Huawei’s GPU Turbo technology, which is designed to give gaming a boost. Huawei claims phones with the GPU Turbo software will see a 60 percent improvement in performance when playing games. The Honor 10 GT also has 8GB of RAM, rather than the 4GB or 6GB in the versions released in April.

While the Honor 10 GT hasn’t been announced outside of China, the GPU Turbo software will be available as an update to the Honor 10, although no date has been given for its arrival.

The most striking aspect of the Honor 10 is the beautiful glass body, which Honor calls “Aurora glass,” and is constructed from 15 layers of 3D glass on the back. It’s available in four colors — phantom blue, phantom green, midnight black, and glacier grey. We have been enjoying the phantom blue version in our review. Around the front is a 5.8-inch touchscreen with a 2280 x 1080 pixel resolution and a 432ppi pixel density, all set underneath a 2.5D curved piece of glass, which wraps neatly around the back of the phone.

Disclaimer. We can not guarantee that the information on this page is 100% correct.

Home Health Aide Training – Learning From Your Own Room