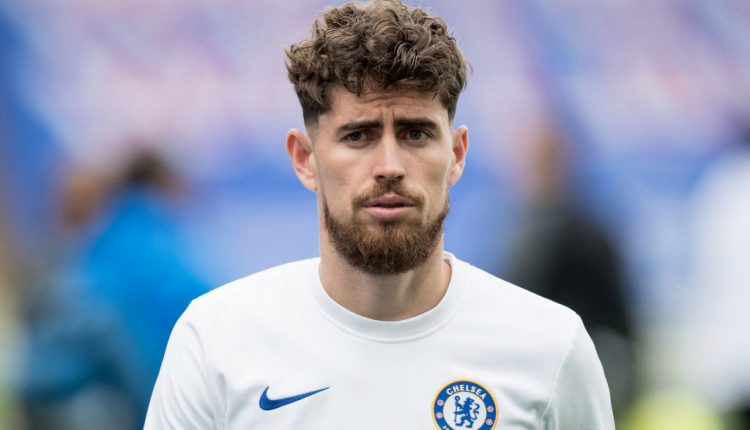 Chelsea midfielder Jorginho has played down speculation he is set to leave Stamford Bridge this summer and insists he is only focused on achieving Champions League qualification with the Blues.

The former Napoli star had been a fixture in the side under Frank Lampard prior to the season coming to a halt due to the coronavirus crisis, though has only played 10 minutes since the restart.

That brief cameo came on Tuesday night against Crystal Palace, where the 28-year-old was instrumental in bringing a measure of control to Chelsea’s midfield late in the game.

Jorginho has been heavily linked with a reunion with Maurizio Sarri at Juventus back in Italy, with Chelsea reportedly seeing the midfielder as someone they can cash in on as they try to raise funds to buy Kai Havertz.

But Lampard insisted after the 3-2 win over Palace that his use of Jorginho – or lack of – has no bearing on his future, and the Italian says he is happy to perform whatever role his manager wants.

Asked about the speculation, Jorginho told Chelsea’s official website: ‘I just have to stay focused on when the teams need me.

‘There have been rumours but I haven’t heard anything.

‘I am just focusing on finishing the season well with Chelsea and qualifying for the Champions League.’

Speaking about Chelsea’s win, he continued: ‘Overall it was a good performance.

‘We created opportunities, and we just need to be more effective when we have chances up front. We like to suffer.

‘We need to learn to finish the game before the last minute, to be more clinical to avoid that tension at the end, but we are creating opportunities which is a positive.’