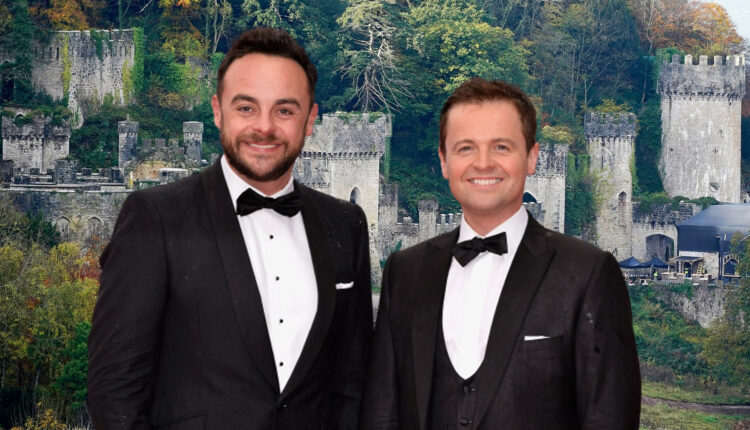 I’m A Celebrity Get Me Out Of Here! 2021 start date teased as Gwrych Castle closes to public ahead of show’s return

It won’t be long until I’m A Celebrity…Get Me Out Of Here! is back on our screens after the Welsh site of Gwrych Castle confirmed it had closed ahead of the latest series.

Last year saw the show forced to remain in the UK due to international travel restrictions amid the Covid-19 pandemic.

The series in the Abergele location proved hugely popular with viewers and saw Giovanna Fletcher become the first Queen of the Castle.

Ahead of the 2021 series, it was announced earlier this summer Ant and Dec would be returning to the historic site with a new batch of famous faces.

Now, it seems the days until I’m A Celeb will make its long-awaited return are counting down fast as Gwrych Castle is listed as ‘temporarily closed’ to the public.

On the historic site’s Facebook page, a statement was released earlier on Sunday confirming the castle was now closed for the show to take place.

It read: ‘We’re now closed to the public until 2022 to make way for this year’s I’m A Celebrity… Get Me Out of Here!

‘We would like to thank everybody who has supported us this year, either by visiting the castle, volunteering or donating.’

The post promised updates and exclusive photos across their social media platforms in the weeks and months to come.

It comes after more photos were released of workmen busy getting the site prepared to welcome its new celebrity guests.

Images showed castle-inspired props being made on location as contractors rush to get things ready.

Of course, fans are eager to know who might be joining the line-up of this year’s series of the ITV show.

Names currently being floated around include former The One Show host Matt Baker and ex-EastEnders actor Jake Wood.

Love Island’s Liberty Poole is also amongst the bookmaker’s favourites as well as Little Mix member Jade Thirlwall, whose bandmates have both recently given birth.

Coronation Street’s Lucy Fallon is another star seemingly linked with the show and currently at 5/2 odds according to bookmakers Ladbrokes.

Alex Apati of Ladbrokes said: ‘Lucy Fallon’s long been linked with an I’m A Celeb appearance, and the latest odds suggest this may well be the year she swaps the Corrie cobbles for Gwrych Castle.’

I’m A Celebrity… Get Me Out Of Here! returns later this year to ITV.


MORE : Celebrity SAS: Who Dares Wins 2021: Jake Quickenden breaks down over death of dad and brother