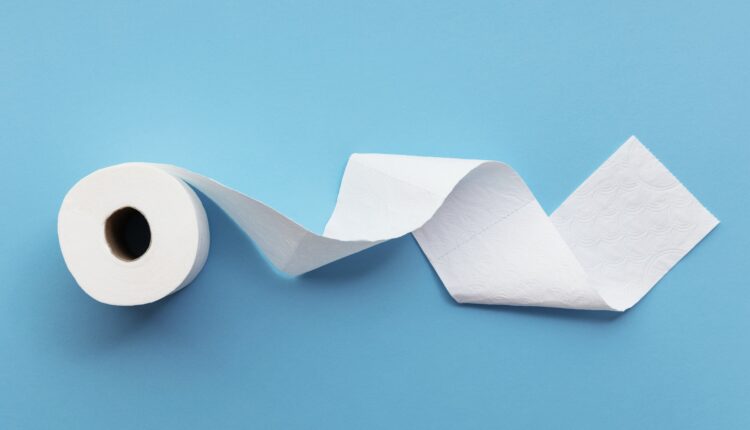 I don’t know how I ended up on the side of TikTok where tons of people are trying to poop worms on a “parasite cleanse,” but we need to talk about it. While it’s always hard to trace the origins of these trends, it seems to have started with people eating papaya seeds because of the rumor that they’re antiparasitic, then claiming that their resulting poops after ingesting the seeds seemed…suspiciously worm-like. From there, things escalated as people wondered if they actually had worms in their guts and fled to Google in search of a “parasite cleanse.” Of course, the internet obliged, and pretty soon TikTokers were flocking to Amazon to purchase various homeopathic remedies, which resulted in more TikToks where people chronicled their cleanses, reporting back on what turned up in their turds.

The internet truly is a treasure trove.

If you’re anything like me (anxious about your health and prone to weird gut stuff), maybe you also quickly became convinced that you had worms after watching these videos and reading the Amazon reviews on those “parasite cleanses,” many of which contain pictures that I will never be able to unsee. People on TikTok and Amazon have claimed they felt great after doing these cleanses, with more energy, fewer stomach issues, and the confidence of someone who saw proof of a parasite in their toilet bowl.

But…hold on. Are intestinal parasites really that common—sneakily causing all sorts of rogue symptoms in our lives? And can you actually expel them by tossing back some papaya seeds or herbal remedies off Amazon? Probably not. Here’s what happened when I went searching for evidence-based information to back any of this up.

Despite what you may have heard on TikTok, the majority of people in the U.S. aren’t likely to be walking around with an intestinal parasite or 12 inside of them. “These are relatively uncommon in the United States,” Cynthia Sears1, M.D., infectious disease specialist and professor of medicine at Johns Hopkins University School of Medicine, tells SELF. They’re more likely in people who have traveled abroad to countries where certain parasitic infections are more common or in people who have a unique exposure based on where they live or work.

That said, parasites do happen—to millions of people, even—but most don’t cause worms in your poop, and they usually don’t even lead to any symptoms. “There are plenty of people out there who have been exposed to a number of different parasitic organisms, though the overwhelming majority of them have no symptoms at all,” Mitchell Blass2, M.D., infectious disease physician with Georgia Infectious Diseases, tells SELF.

Many of the TikToks about this discussed a huge range of symptoms that could be associated with parasites—everything from diarrhea and bloating to fatigue and insomnia. But these symptoms can also come along with so many other (more common) health issues.

“Those symptoms are quite vague and they’re quite nonspecific,” says Dr. Blass. “To say all of that is from an intestinal helminth, which is one of the worms that we can see, and to attribute all of those to it, I would say that that is singularly unlikely.”

Most of the intestinal parasites you might have aren’t something you would see in your poop as literal worms.

When you picture actual intestinal worms, you’re probably thinking of helminths, like roundworm, tapeworm, or hookworm, all of which are relatively rare in the U.S., according to the Centers for Disease Control and Prevention3 (CDC). Again, they can happen, especially if you’ve traveled somewhere that they’re more prevalent, but they’re certainly not as common as social media suggests.

“The people that get usually more ill from things like this are either, one, unlucky—it’s just an unlucky event—or, two, they have some underlying immune dysfunction,” says Dr. Blass.

In 2014, the CDC4 announced five neglected parasitic infections as public health priorities in the U.S.: trichomoniasis, toxoplasmosis, toxocariasis, cysticercosis, and Chagas disease. And while some of these can cause GI symptoms (among other illnesses) they aren’t characterized by worms in your gut.

Toxocariasis, for instance, is an infection that you might be exposed to if your dog has roundworms (which is common in puppies and why deworming your dog is important!), but it wouldn’t cause you to develop the same gnarly roundworm in your own gut. Instead, toxocariasis can lead to an infection in your eyes, liver, or central nervous system, though severe cases are rare.

Toxoplasmosis is another parasite that you can pick up from your pet (particularly your cat’s litter box) or even from eating undercooked meat. In most cases, it doesn’t lead to any symptoms at all, though it’s more serious in pregnant people and those with a weakened immune system.

Giardia and cryptosporidium are two other intestinal parasites that are actually not uncommon in the U.S., both of which are microscopic parasites that wouldn’t cause worms but could cause diarrhea and other GI symptoms, says Dr. Sears.

Homeopathic “parasite cleanses” are probably just going to make you poop…a lot. That’s not how parasites are treated.

OK, so if intestinal worms aren’t all that common, how do you explain the dozens of people on TikTok swearing that a “parasite cleanse” had them pooping worms for days? According to Dr. Sears and Dr. Blass, the most likely explanation is that these products are triggering both bowel movements and a heightened attention to what’s in your toilet bowl—both of which could lead to suspicious-looking poops.

“I think they may be seeing mucus threads for example,” says Dr. Sears. “And food as it’s digested can have very odd appearances at times.” This can be especially true when food is partially or incompletely digested.

The products I saw most frequently on TikTok were sold on Amazon and marketed for digestive support. They aren’t claiming to be antiparasitic or antihelminthic, which is good because…they’re not. The ingredients typically included things like wormwood, cloves, and black walnut hull. While wormwood has been researched5 for its possible antiparasitic effects in animals, a recent study6 looking at its efficacy in treating a type of flatworm infection in humans was later retracted. Data on antiparasitic effects of cloves and black walnut hull are similarly lacking.

One explanation is that products like these are “using side effects of natural herbs to cause a laxative—a cathartic—effect,” says Dr. Blass. And, to clarify: “A laxative is not a treatment for a parasitic illness.”

So what about the rumor about eating papaya seeds for parasites? There was one randomized placebo-controlled study7 published in 2007 that suggested this could work, but they only looked at 60 asymptomatic children in Nigeria who had lab tests confirming intestinal parasites. The children received either 20 mL of dried papaya seeds and honey or just honey alone. In this study, significantly more children who received the dried papaya seeds treatment had stool samples cleared of parasites than children in the placebo arm, but the researchers noted that more large-scale research is needed.

If you think you have intestinal parasites, please see a doctor—don’t turn to a “parasite cleanse.”

If you’re dealing with something like persistent diarrhea and symptoms of anemia (fatigue, weakness, dizziness, etc.), it’s absolutely worth bringing this up with a health care provider, especially if you’re at a higher risk for intestinal parasites based on your travel history, geographic location, or job.

“The things that will make us look for parasites are a history of travel, a history of anemia, persistent or chronic diarrhea, or intermittent diarrhea that doesn’t have another cause,” says Dr. Sears. “And with diarrhea can always come abdominal discomfort, bloating, your appetite can be down, that whole constellation of symptoms that tend to go together in any sort of intestinal illness.”

Even if you don’t have a parasite, these are symptoms that warrant attention, so you’ll want to get a real medical workup—rather than spending days or weeks trying a “cleanse” you saw online.

“I’m a little cautious with patients doing that,” Sunny Patel, D.O., a gastroenterology fellow based in Danville, Pennsylvania, tells SELF. “Also, I’d look at the age population. Usually these are younger people—usually under 35, I’d probably say—and inflammatory bowel disease is on my list in this patient population, especially with increasing prevalence. So I tell people before you start just willy-nilly treating a symptom, you should find a diagnosis.”

Testing for a parasite can be a process that includes multiple stool samples, usually from three separate days, explains Dr. Blass. These samples will be sent off to a lab to test for various culprits.

And if you’re reading this after already doing a “parasite cleanse” of your own, and you’re rightfully concerned with what came out of you, check in with a health care provider.

“If you think you’re pooping worms, you should get a stool sample,” says Dr. Patel.

With time running out, ‘Bacongate’ may soon be in California’s future

Company recalls enoki mushrooms in Canada because of Listeria risk

County continues to search for cause of E. coli outbreak in Oregon

Freshline Foods expands recall of ‘noodles’ because of…