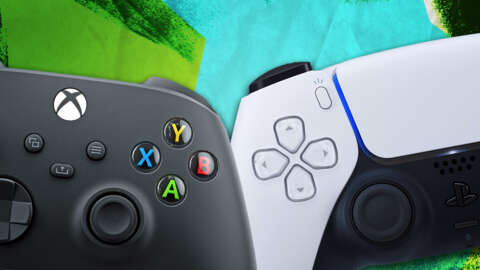 Is Mere Availability The Key To Success For PS5 And Xbox Series X This Generation?

Fancy new features are cool, but actually getting a system is all that matters right now.

In the past, a game console’s success in competing against other major systems was based on a few recurring factors. They were the obvious ones–game lineup, price, unique features, power–but this generation is already a lot different. After a full year, both the Xbox Series X and the PS5 remain nearly impossible to find, even for those vigilantly waiting on Walmart and Best Buy pages for the latest supply to go on sale. Continued parts shortages and shipping issues exacerbated by the global pandemic have kept supply far below demand, making any public sales figures for the systems less about which is more popular and more about which company could make the most. With no end in sight for some of the key factors contributing to the consoles’ scarcity, their mere availability could be a metric for success this generation.

Back in April, I wrote a piece detailing why both the Xbox Series X and PS5 were so difficult to find–about five months after the consoles launched. At the time, it was already an unusually long period of scarcity for the systems, and nothing has changed since then. For context, a graph of search interest for both “Xbox One stock” and “PS4 stock” shows a big peak in November 2013, followed by a fairly sharp decline that had bottomed out by the end of winter. From that point on, finding an Xbox One or PS4 wasn’t all that difficult. If the local Walmart didn’t have one, the local Target, Best Buy, or GameStop probably did.

The systems became commonplace as exclusive games began releasing more frequently. In the case of Xbox Series X and PS5, there is indeed a decline in search traffic over those succeeding months following launch, but it never completely died off, likely because some of the same people hoping to secure a console in 2020 still haven’t done so. Some are patiently, and fruitlessly, waiting for a chance to hand these companies their money, and this limbo period still doesn’t have a clear endpoint. Sony seems to be hedging its bets on the issue, as well, with several of its high-profile games, including the upcoming God of War: Ragnarok and Horizon Forbidden West, launching on PS4 in addition to PS5. That would ostensibly reduce players’ need to get a PS5, though the speed with which they sell out and the price on reseller markets show that demand is a non-issue.

The ongoing semiconductor shortage–a type of computer component needed for a wide variety of applications in addition to video game consoles–has been one of the key factors in the consoles’ low stock after a year. Any estimate as to when the shortage will end is just that: an estimate. According to the NPD Group executive director Mat Piscatella, the general window is currently between Q2 2022 and the middle of 2023, and issues with shipping ports present their own challenges unrelated to the manufacturing of the parts themselves. Ships have routinely been forced to sit in the ocean, waiting for an opportunity to be unloaded, and no production increases can solve this bottleneck. Even older systems like the Nintendo Switch are affected, with Nintendo forced to slash supply estimates for the year because of parts shortages.

Because of this uncertainty, it’s no surprise that Microsoft has been pushing its Xbox Game Pass Ultimate service, which comes with Xbox Cloud Gaming access at no extra cost. At the moment, it’s primarily limited to phones and a select group of consoles–including Xbox One systems–but Microsoft has plans for it to be implemented in televisions and Roku-style plug-in devices. If availability continues to be a problem for the foreseeable future, circumventing the need for an actual console could be an important metric for success this generation. That’s assuming, of course, that it can even be called a generation when using non-static hardware that Microsoft can upgrade at will.

By offering it as a sort of backdoor feature following the initial success of Game Pass as its own service, the apprehension players may have otherwise felt is effectively gone. Only Microsoft is operating this way–and not even having to buy first-party games because they’re included with Game Pass makes it even more enticing.

It’s a question of an old-school approach versus a new-school one, and how we outside observers typically gauge success (console sales) has been deemed less important than how the first-party companies do so. If Microsoft weren’t happy with its gaming business, it wouldn’t keep making consoles, and if it didn’t see a future for Game Pass, it wouldn’t continue pushing it so aggressively. Likewise, Sony wouldn’t put so much emphasis on the PS5 itself if it didn’t see direct hardware sales as the cornerstone of its gaming division. In fact, it’s even investing in a $7 billion TSMC factory to produce chips for less-advanced current products, which may eventually ease the burden on other facilities and prevent future supply issues with its game systems.

The industry is changing quickly enough that looking to past generations may not be a reliable way to predict successes. Is a total player-count and engagement with your titles over a long period actually more valuable than pure hardware sales, and can that be maintained for years against a competitor relying on a more traditional approach? We’ll only know for sure if the Xbox and PlayStation brands still exist in the future, and even then, only if they stay their current course and aren’t forced to pivot again as the world continues changing.