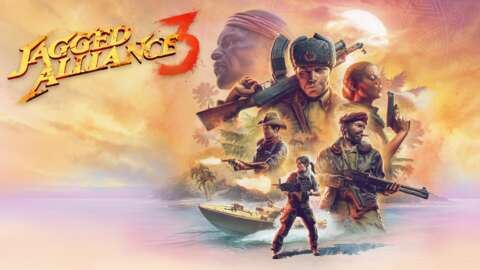 Following middling reception for the series’ latest releases, THQ Nordic has announced a new Jagged Alliance game with a different developer. Tropico and Surviving Mars developer Haemimont Games is working on Jagged Alliance 3, but it’s early days for the project.

Revealed during the THQ Nordic 10th Anniversary showcase, Jagged Alliance 3 aims to improve upon the tepidly received latest entries by attempting to refocus and refine what made the earlier games so memorable and popular. A representative for THQ Nordic said the team is trying to take the “best swing possible” at making Jagged Alliance 3 a game fans appreciate.

The game takes place in a fictional world rich with resources and also complicated political situations (which is well-trodden territory for Haemimont Games from the Tropico series). The president has been captured and you have been brought in to find out what happened.

Jagged Alliance 3 aims to give players more freedom to explore and learn about the world than previous games, and the action they take and decisions they make will leave a “lasting impact” on the game world, THQ said. The game makes a number of changes from earlier games, including how the traditional quest log is replaced with a notebook that chronicles the story missions and lets you complete objectives on your own time instead of being led from one piece of quest to the next until it is finished. Who you meet and what you do will inform how missions play out, the developers said.

During a preview event, THQ Nordic showed off a brief look at the environments, and these include city streets, swamps, and cities, among other locations. Jagged Alliance 3 also has a dynamic weather system and a day/night cycle that actually affects gameplay.

In terms of gameplay, Jagged Alliance 3 doesn’t stray from its roots and is once again a turn-based tactical combat game featuring modern weapons and equipment. THQ said it did a lot of research to make sure the sound design and feel of the weapons was right.

As for the cast of characters in the game, Jagged Alliance 3 brings back familiar favorites like Ivan and Tex, but there are new faces, too. There is no final character count yet–and the game overall remains in development so a lot could change–but each character will have their own unique personality and distinct voice over. These characters can be leveled up with new perks, and some have their own specific perks.

How to buy the perfect PC case