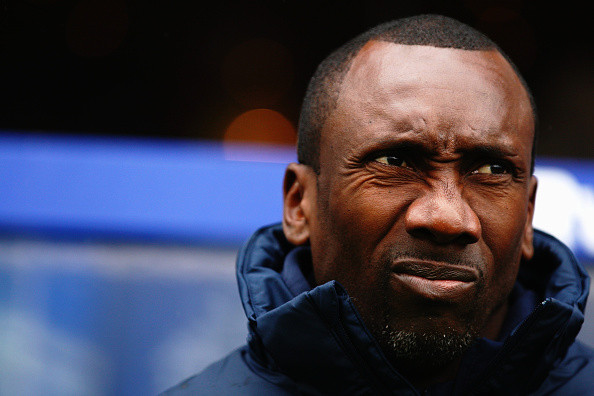 Lampard has already kicked off his signing with the purchases of Ajax winger Hakim Ziyech and Germany forward Timo Werner for a combined £88m.

Roman Abramovich is set to give Lampard significant funds to invest in the squad after he was denied the opportunity to do so in his opening summer at the club due to a two-window transfer ban.

Chelsea kept just their second clean sheet in their last seven league matches during a 1-0 win against Norwich on Saturday and their defensive problems are laid bare by the fact that they’ve conceded 49 times this term – more than any other team in the top half of the table.

‘I think he [Lampard] will address the back four,’ Hasselbaink told Premier League Productions.

‘I think if you’re going to play Jorginho you need to do something about your defence. He can’t defend like N’Golo Kante can but he’s very good on the ball.

‘You need players who can defend one against one. In a central area they need to improve. I definitely think when Kante doesn’t play they lose those legs in the middle of the park. He might look at something there.

‘I know people will talk about the left-back and that he wants to improve there. I think it’s a just matter of time that a centre half and a left-back – they’ve been talking about Ben Chilwell – is going to get into the building.’

Chelsea’s win against the Canaries gives them a four-point cushion from rivals Leicester City and Manchester United.

The Blues face Liverpool at Anfield in their next game for a potential winner-takes-all clash against Wolves on the final day at Stamford Bridge.