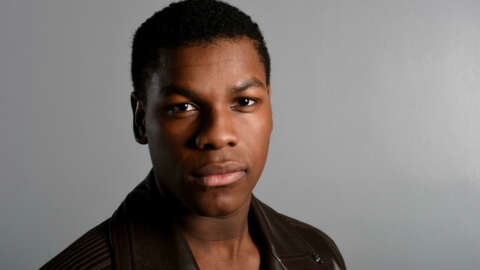 Actor John Boyega (The Rise of Skywalker, Small Axe) is set to reunite with writer-director Joe Cornish on Attack the Block 2, a sequel to the film that arguably launched both their careers back in 2011. According to Deadline, Boyega will be reprising his role as low-level crook Moses in a film that, like its predecessor, is expected to straddle several genres including sci-fi, horror, and comedy.

In the original movie, Moses and his teenage street gang defend themselves from vicious alien invaders who touch down on Guy Fawkes Night. The film, whose cast included Jodie Whittaker (Broadchurch), Nick Frost (Hot Fuzz), and rapper Paigey Cakey, was a cult hit that landed better with critics than audiences–that the film is getting a sequel is a testament to the growing stature and celebrity of all those involved.

Deadline is also reporting that Boyega will co-produce Attack the Block 2, with Cornish writing, directing, and also producing. Nira Park and James Wilson, who produced the original, are re-teaming to once again produce. Meanwhile, all plot details and the rest of the cast, for now, are still a mystery.

“It’s been a decade since Attack The Block was released and so much has changed since then,” Boyega said. “I’m excited to see this heightened story return to the streets of London. Moses has remained one of my favorite characters to play and bringing him back is a huge honor.”

Hamlin: ‘Nothing I could have done differently’ at Martinsville