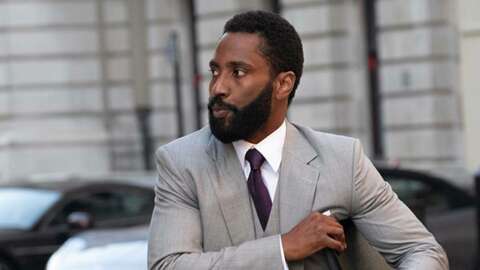 Tenet star John David Washington has signed on for True Love, the next movie from Godzilla and Rogue One director Gareth Edwards. The news comes via Deadline, which states the film is “an original sci-fi project.”

Edwards will write, co-produce, and direct True Love for Regency Pictures. Washington, who is also known for Blackkklansman, Malcolm & Marie, and the HBO sports comedy Ballers, will play the lead character. No plot details have been revealed about the movie so far, although Deadline describes it as “near future sci-fi story.”

After working in VFX for several years, Edwards made his breakthrough with 2010’s acclaimed independent sci-fi drama Monsters. This led to 2014’s Godzilla, the first movie in Legendary’s Monster-Verse. He next helmed the 2016 Star Wars spin-off Rogue One, although post-production issues led Disney to hire Tony Gilroy to oversee reshoots.

Washington will be seen next in the Netflix thriller Beckett, which also stars Alicia Vikander and Boyd Holbrook, and releases in August. Beyond that, he’ll also appear in the period ensemble drama Canterbury Glass, which is directed by David O. Russell. It features an all-star cast that also includes Christian Bale, Margot Robbie, Rami Malek, Zoe Saldana, Mike Myers, Anya Taylor-Joy, and Robert De Niro.

For more, check out GameSpot’s guide to the biggest upcoming movies of 2021.

Nintendo Hires Minions Movie Producer As An Outside Director