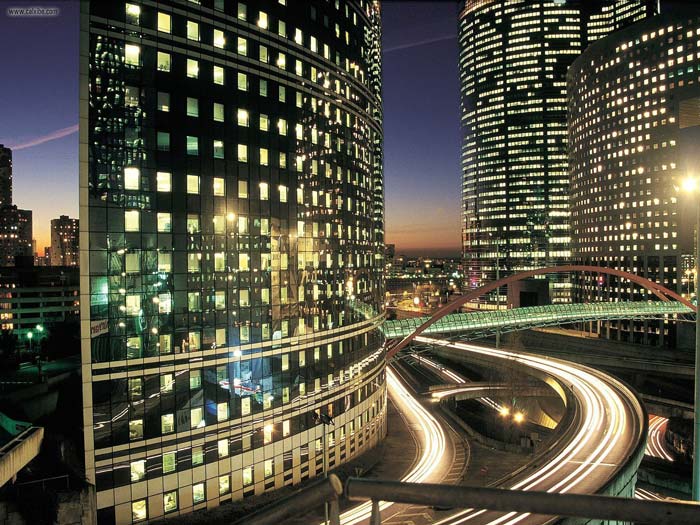 Through my former career, I spent 30 years successfully discharging my responsibilities in leadership positions, 23 years in government resource management, 22 years in strategic planning, and more than 20 years associated with business planning. My practical experience and success was underpinned by a significant amount of life-long training and education in each of these areas up to and including the post-graduate and executive levels. While my former career may seem quite different to that of my current career in real estate, most of my education, training and experience directly apply to this new venture. In both cases, effectively working with people is a key element. Why then, am I writing this article?

Over many years I have come to realize that the more I learned in life and my profession, the more there was to learn. Similarly, as I traveled around North America and abroad, I was increasingly realized how much there was to learn about other people, cultures and places. Much of this increased awareness and appreciation was gained through interaction with many thousands of people from the working level up to and including the most senior levels of government and industry. Through these interactions, it became incrementally obvious that there was little agreement on what I had come to know as some pretty basic concepts – leadership, management, strategic and tactical planning, and strategy and tactics.

Business, like most other ventures in life, is often dependent on effective leadership, strategy, and strategic planning. This is not to diminish the importance of management and business planning. All of these elements play a role, but within different contexts. What, then, have I come to know about the concepts given my education, training, and experience?

Let's start with leadership. As with most other concepts, there is no universal agreement on what is meant by the term. For example, I recall reading what a person wrote several years ago. In the article he said "What is the difference between leadership and management? I should know: I have written books on how to do both." Notwithstanding the fact that he wrote books on the subject, his biography contained absolutely nothing on any experience he had in either area. What, then, cave him any credibility on either subject? Nothing that I could discern other than his status as an author.

Based on my education, training and life experiences, I have come to believe that leadership is about people and management is about resources. Leaders aim to influence people in order to get the best out of them while managers focus on effectively and efficiently employing the resources that they have at their disposal.

In terms of business, leadership is important to shape the future direction and effectiveness of a business. Management is more about effectively operating the business in the short-term. As we all know, however, change is normally one of the constants in life. To effectively deal with change, businesses need to prepare for the future. When it comes to the future, you can prepare for it while it is still in the world of tomorrow, react to it when it arrives and becomes today, or wonder what happened when it passes into the memory of yesterday. Leaders prepare for the future while managers generally react to change. Leaders create visions that establish future direction, and they are able to develop effective strategies based on the vision so that strategic plans can be written to effect the desired change.

What, then, is a vision? A vision establishes a desired end state at some point in the future, and it articulates paths or courses along which one can travel to arrive at the end state. In the short-term, we call end states goals. Visions address WHAT. What, then, is a strategy? A strategy addresses HOW. It is how an organization intends to move forward to realize its vision. Strategies are devised to explain how WAYS (courses of action) and MEANS (capabilities and resources) will be used to achieve ENDS (the end state described by the vision or the goal described by a plan). Strategic plans are then formulated, either at a high level or while focused on the mid and longer term, to address what needs to be done, when it needs to be done, where it will be done, with what and by what. Tactical plans (business plans) should be supporting plans written to address operations in the short-term but guided by the higher level, longer term strategic plan.

The concepts of strategies and plans have been around at least since the time of Kuahn Tzu (720-645 BC). The word strategy was used by Sun Tzu in the Art of War in 4th Century BC. Planning has been used by militias for centuries. For example, Carl Von Clausewitz described the strategic level of war in On War – a book he started writing in 1827. The concept of corporate strategy is much more recent, having emerged in the 1950s. For example, Drucker wrote The Practice of Management in 1954, and Selznick wrote Leadership in administration: A Sociological Interpretation in 1957. Ansoff wrote the book the Corporate Strategy in 1965.

This article just scratches the surface on this subject. Suffice to say that leadership, management, strategy, tactics, and strategic / business planning are all important concepts. Each, however has a different focus and a different part to play in life's successes. The distinctions have been understood, and employed by militias for quite some time. The application of these concepts to the business world is a much more recent phenomena. Unfortunately, there is little agreement in the corporate world on what they all mean and how they all can play a role in success.

Framing a Painting – The Best Way to Frame a Watercolor

Watercolor Painting Lessons – How to Get Started