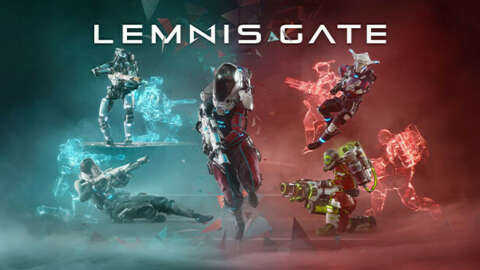 Lemnis Gate and its unique, turn-based take on the FPS genre will launch later this year, after first being announced at last year’s Gamescom. Ratloop Games Canada, the indie studio behind Lemnis Gate, has now confirmed that the game will also be released for the PlayStation 5 and Xbox Series X/S, as well as locking in a fast-approaching release window of summer 2021.

Lemnis Gate is a new take on the competitive FPS, with a unique approach that aims to mix the best of frenetic shooters and real-time strategy. The game takes place in a 25-second time loop, with each player taking turns to deploy operatives into the loop, trying to complete objectives and retroactively sabotage the other player’s previously deployed characters. The formula allows for some complex strategies, as GameSpot’s Phil Hornshaw learned in a recent hands-on session.

The game will launch with two game modes, 1v1 and 2v2, with both modes available in either online or local multiplayer. There are seven different operatives players can deploy, and with all of them unlocked from the start, you won’t need to grind just to be competitive with other players.

Lemnis Gate is due to release soon, with a release window of summer 2021 confirmed this week. As well as the PS5 and Xbox Series X/S, Lemnis Gate will also release on PC, PlayStation 4, and Xbox One.

Halo: MCC Brings Grifball Back, So Grab Those Gravity Hammers

Best Xbox One Racing Games: 20 Picks That You Can Also Play On Xbox Series X

Tony Hawk Covers The Best Song From His Own Game

Battlefield 2042: A Big Change To Falck’s Pistol Is…