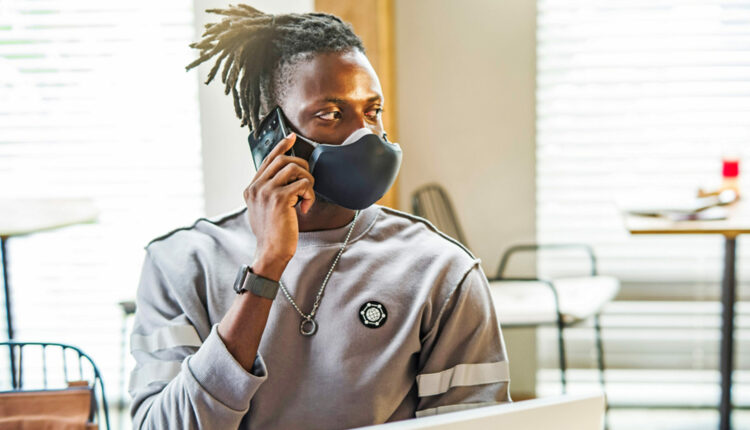 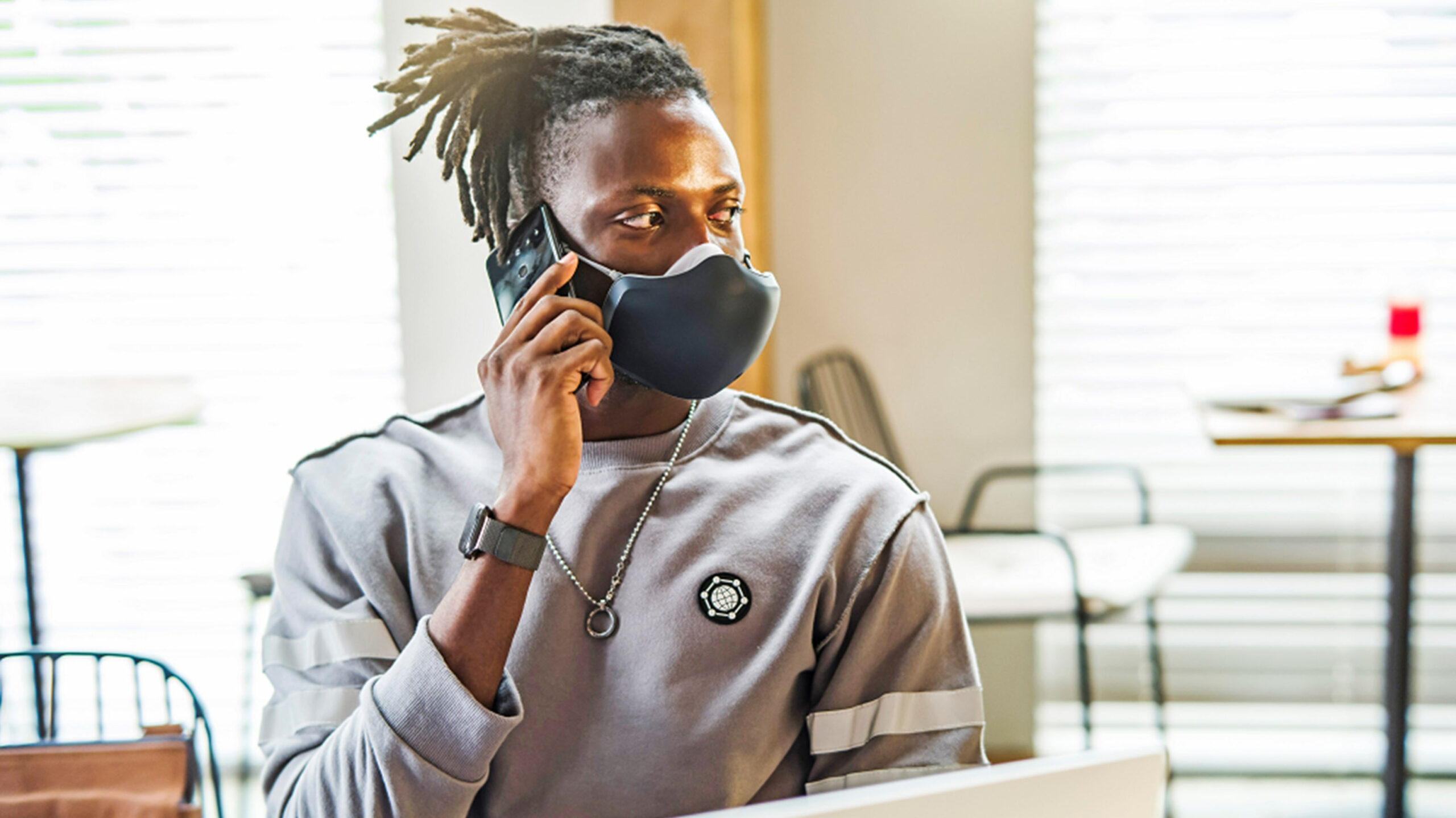 Roughly a year ago, LG announced a portable air purifier face mask call the ‘PuriCare Wearable Air Purifier.’ Now, the company has an updated version on the way with a few improvements.

The biggest upgrades with the new PuriCare mask are its built-in microphones and speakers for amplifying users’ voices (the original PuriCare muffled the wearer’s voice quite a bit). Further, the updated mask has a smaller, lighter motor to power the built-in fans that help filter air. The lighter motor should make the mask more comfortable to wear.

The microphone enables what LG calls ‘VoiceON’ technology, which automatically recognizes when users speak and amplifies their voice through the mask’s built-in speakers so others can hear them more clearly.

LG’s revamped PuriCare mask weighs 94 grams and features a 1,000mAh battery, which the company says allows the mask to be “worn comfortably” for up to eight hours. It takes roughly two hours to recharge the mask.

LG didn’t announce pricing or availability beyond that the PuriCare would launch in Thailand in August and come to other markets “once approved by local regulators.” 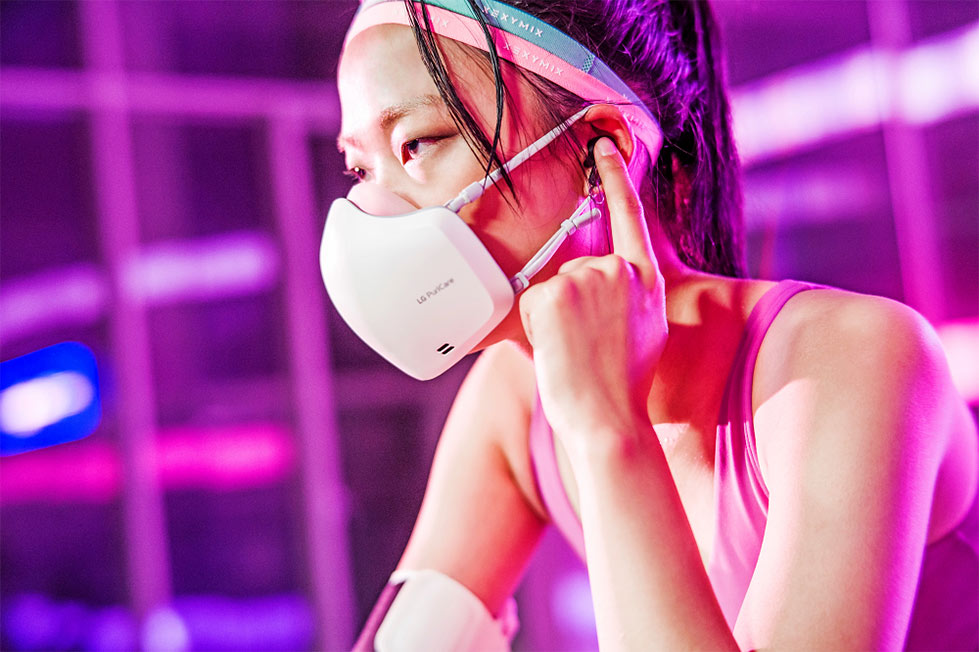 While it’s unclear if LG’s PuriCare will ever come to Canada, it’s worth noting that there are other high-tech masks out there. For example, Razer’s Project Hazel mask is a thing. Like LG’s PuriCare mask, it sports fans and air filtration tech as well as microphones and speakers for voice amplification. Razer’s mask — in typical Gamer fashion — sports RGB lighting, which may be a crucial selling point for some people.

Although I’m tempted to ridicule these high-tech masks (and they mostly deserve ridicule), I also see why people might want them. With COVID-19 and the worsening climate crisis, there are many reasons why people would want to wear a filtered mask.

That said, it’s worth keeping in mind that Health Canada and other public health agencies recommend against using vented masks like this since they can spread particles potentially carrying COVID around instead of containing them within the mask.

Source: LG Via: The Verge