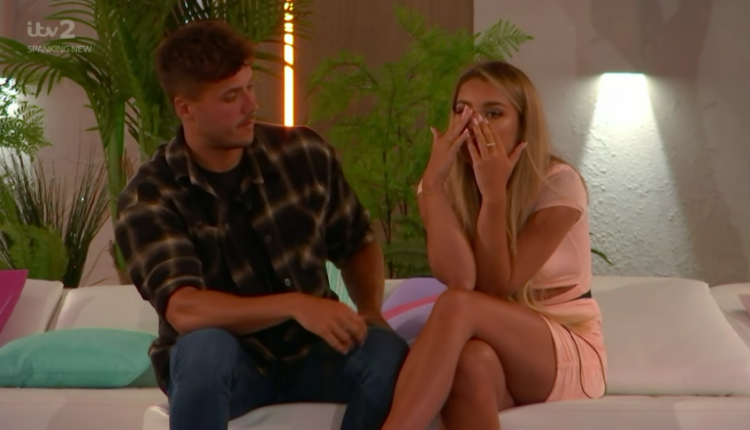 Love Island 2021 star Brad McClelland has admitted he’s changed his mind and wishes Lucinda Strafford had left the villa with him.

In the public vote, the pair were voted the least compatible couple – a result that had Brad shocked. They had to choose which one of them would leave in a new twist.

While they could have left together, Brad told Lucinda to stay, departing the villa on his own.

However, speaking after his exit, the 26-year-old said: ‘On the night, it was one of them situations where I didn’t want her to leave [with me].

‘The way we had a connection, it would be really nice to take what we had and continue it on the outside. I woke up this morning and I wish we had left together.

‘I want to see where that could have went. Not being able to speak to Cind, or ask her where she’s at, I want to know how she’s woke up this morning.’

Brad also confessed he was shocked to be in the bottom three.

‘Me and Cind were faultless,’ he insisted. ‘Everyone was commenting on how happy I looked, how happy Cinds was.

‘Cinds was telling me how happy she was with me and vice versa. Everyone could notice it. I think if you were to ask the Islanders in there, who is the most compatible couple in there, me and Cind would have been right up there. Especially considering there was friendship couples.

‘Unfortunately, mine and Cinds’ time as a couple got cut short.’

Lucinda, 21, told Brad in tonight’s episode: ‘You can’t go!’ after he offered to leave.

‘I can!’ he responded, as she asked: ‘Are you sure? Don’t you think we should go together?’

‘It’s completely up to yourself,’ he said, with Lucinda conflicted over whether to stay or leave with Brad.

Brad was left in tears at the thought of leaving, with him convincing Lucinda to stay.

However, Faye Winter, who Brad was previously coupled up with, was left fuming, with her saying she didn’t understand what more reason Lucinda had to stay if she liked him as much as she said she did.

Lucinda went on to say she’d miss ‘everything’ about Brad.

Brad said as he left the villa: ‘If she finds someone in there, I’ll be happy for her. If she doesn’t, she knows where I am.’

Love Island continues tomorrow at 9pm on ITV2 and ITV Hub. Episodes are available the following morning on BritBox.


MORE : When does Casa Amor start on Love Island?