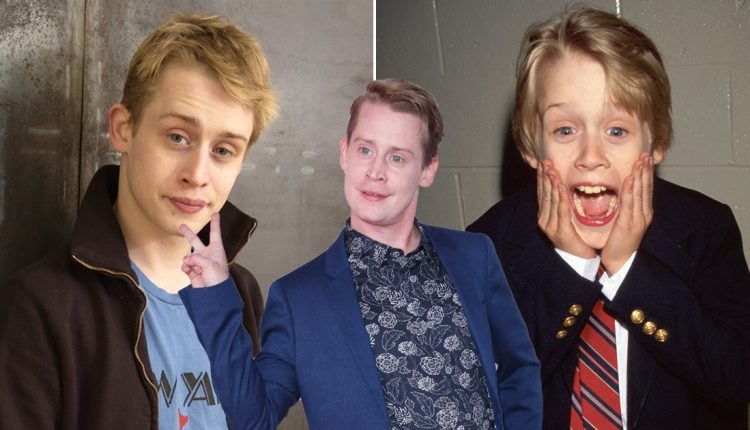 Macaulay Culkin turns 40 and fans are shook: A look back over Home Alone star’s career over the years

Macaulay Culkin celebrated a huge milestone birthday on August 26 as he turned 40 years old and fans, well, they couldn’t get over it.

The actor, who is arguably one of the biggest child stars the world has ever seen, is very much now middle-aged and fans of Macaulay were seen hilariously reacting to the news that he’s now a fully-fledged grown-up.

To be honest, we’re still shook.

Many fans dug out their favourite GIF of Macaulay as Kevin McCallister in Home Alone to express their shock, with one joking alongside a shocked Kevin: ‘My reaction to hearing that Macaulay Culkin is 40 today.’

After all, when you think of Macaulay you immediately think of him as still around 10 years old, Christmas movies and classics like My Girl.

To mark his birthday, here’s a look back at Macaulay’s career over the years.

The road to stardom: See You In The Morning and Uncle Buck

Macaulay first started acting when he was just four years old and one of his first ever roles was in a stage production of Bach Babies.

He ventured into TV with appearances in shows like The Midnight Hour and The Equalizer, but one of his first film roles was alongside Hollywood stars Drew Barrymore and Farrah Fawcett in See You In The Morning, released in 1989, when Macaulay was nine years old.

The same year he appeared in comedy movie Uncle Buck.

1990 was a big year for Macaulay as he landed his breakthrough role in what is pretty much now one of the best Christmas movies of all time: Home Alone. Name a more iconic Christmas movie, we dare you.

He played cheeky Kevin McCallister, who is accidentally left alone at home by his parents and then forced to fend off intruders with all the booby traps – because it’s his house and he has to defend it, right?

Macaulay was a hit in the movie and even bagged himself a best actor nod at the Golden Globes, following Home Alone’s success.

He returned as Kevin in follow-up film Home Alone 2: Lost in New York two years later in 1992 and was reportedly paid a cool $4.5million (£3.4million) to star in it.

Over the years, until 1994, fans saw Macaulay star in a number of films, including My Girl, released in 1991, where he played Thomas J. Sennett in the heartbreaking movie that still has us bawling our eyes out, even now.

He appeared alongside Jamie Lee Curtis and Anna Chlumsky, who played Vada – his character Thomas’s best friend, in the movie.

Comedy-drama My Girl follows the sweet friendship between Vada and Thomas and later sees Thomas being chased by bees, after kicking their hive, and suffering a fatal reaction to the stings.

Turns out, that famous scene was a lot more life-like than first thought, as Macaulay later revealed during an interview in 2018 that he was attacked by real bees during filming.

He told Vanity Fair: ‘When I was doing My Girl, they released a couple of hundred bees onto me, actual live bees. I knew that this was not something that every kid was doing. At the same time, it was just another day at the office.’

Macaulay also starred in The Good Son, Richie Rich, Getting Even with Dad, The Nutcracker and The Pagemaster, as well as Michael Jackson’s music video for Black and White.

In the four years between filming for Home Alone and Richie Rich, he’d appeared in nine movies and decided to take a break from acting in 1994 to try and enjoy something of a ‘normal life’ instead.

Return to acting: Changeland, American Horror Story and ‘disaster’ Once Upon A Time In Hollywood audition

After four years away from the spotlight, Macaulay decided to venture back into the film industry and appeared in an episode of Will and Grace in 2003, as well as a handful of films including Party Monster, The Wrong Ferrari and 2019 movie Changeland, where he stars alongside girlfriend Brenda Song and plays a drunk tour-boat operator.

In February, earlier this year, Ryan Murphy confirmed that Macaulay will be starring in the 10th season of American Horror Story, alongside Sarah Paulson and Evan Peters.

Reacting to the news, Macaulay tweeted: ‘I just woke up and saw I was trending,’ he wrote. ‘Can someone explain what’s going on? Did I die again??’

Around the same time, Macaulay revealed that he’d actually auditioned for Once Upon A Time In Hollywood – Quentin Tarantino’s award-winning movie starring Brad Pitt and Leonardo DiCaprio.

It was his first audition in eight years and, apparently, it was a total disaster – his words, not ours.

Macaulay told Esquire: ‘I wouldn’t have hired me. I’m terrible at auditioning anyway and this was my first audition in like eight years… it was a disaster.’

In the same interview, Macaulay touched on why he chooses to keep himself relatively out of the spotlight, following the chaos that came with his days of childhood stardom.

‘People assume that I’m crazy, or a kook, or damaged. Weird. Cracked. And up until the last year or two, I haven’t really put myself out there at all, so I can understand that,’ he said.