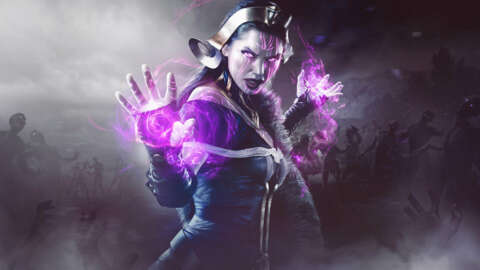 Magic: The Gatherina Arena is finally available on iOS beginning today, March 25. The digital version of the classic tabletop card game has been on Android devices in early access, but this is the first time Apple users have been able to get in on the fun. It will also function on a greater number of Android devices.

Arena was expected to launch on mobile devices last year, but was delayed in October, citing development complications from the coronavirus pandemic. It has been available on PC and Mac, as well.

Magic: The Gathering helped popularize tabletop collectible card games, and Arena represents the latest attempt to translate its mechanics into a digital format. Wizards of the Coast has made several versions of digital Magic, including Magic Online and the Duels of the Planeswalkers series. The follow-up, simply called Magic: Duels, implemented a free-to-play format following the lead of popular digital card games.

Arena is also free-to-play, but has been streamlined for quicker online play and livestreaming functionality. It aims to keep pace with the physical game, with new card packs and expansions launching for Arena and paper Magic simultaneously.

Last Of Us Part 2 Easter Egg Spotted In Uncharted 4