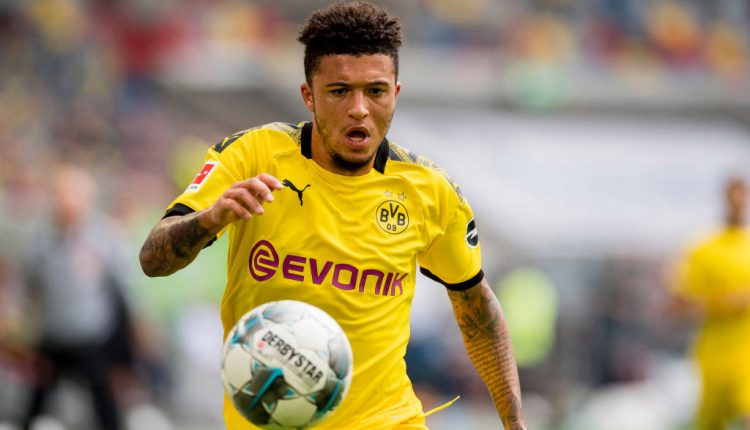 Manchester United are confident of striking a deal for Dortmund winger Jadon Sancho after cooling their interest in Aston Villa captain Jack Grealish.

Sancho, 20, was a target for United last summer but he rejected a move to the club following their failure to secure Champions League football.

The former Manchester City midfielder is now keen on moving to the Theatre of Dreams after United’s third-place finish and though there remains a difference in valuation between United and Dortmund, the Red Devils are ‘increasingly confident’ of signing Sancho, according to Sky Sports.

Personal terms are not expected to be a problem as Sancho is keen on a move to Old Trafford and would be in line for a significant payrise.

Dortmund want upwards of £100m for the 20-year-old but United believe the Bundesliga giants should reassess their valuation given the financial effects of the coronavirus pandemic.

Solskjaer has been given a budget of around £140m to spend this summer and United will need to talk Dortmund down from their valuation if they’re to secure other targets.

Grealish, 24, is keen on a move to Old Trafford but United have cooled their interest since Villa demanded in excess of £75m for the midfielder.

United had been prepared to pay an upfront fee of £45m with an additional £10m in achievable add-ons.

However, Villa are determined to keep hold of their captain and are unwilling to reduce their asking price.

That means United can go all in for Sancho and they could be willing to compromise on their current valuation, which is around £75m-£80m.