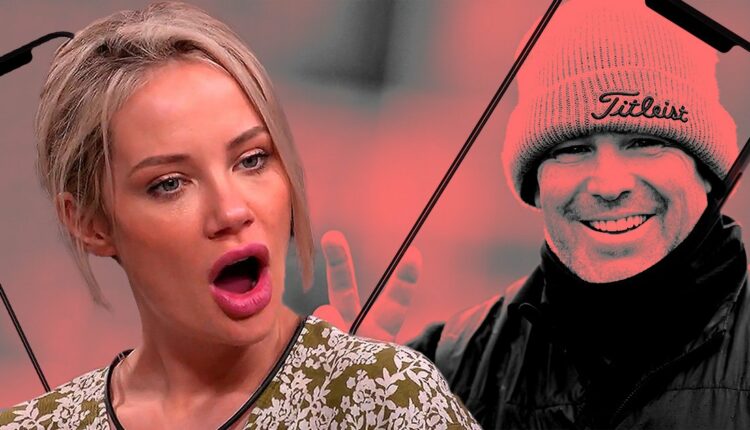 While we eagerly anticipate all the juicy moments from the upcoming Australian series of Big Brother VIP, the latest trailer has seen Married At First Sight star Jessika Power throw in a clanger of a name-drop.

In scenes to come from the upcoming series, set to air next month after Covid-related delays down under, the reality star was seen claiming cricketer Shane Warne had slid into her DMs.

And his messages were something else, apparently.

Seen sitting outside with her fellow celebrity housemates, Jessika says of cricketer Warnie (who has been accused of sending lewd text messages in the past): ‘It was even weirder when I had Shane Warne in my inbox the other week.

‘He’s a freak! Some of the things he was sending me, I’m like, inappropriate!’

While it’s not clear the context around Jessika’s claims, dishing some more insight into the allegations, Nova radio hosts Fitzy & Wippa – who make an appearance in the Big Brother VIP house to interview the celebrities – addressed Jessika’s claims this week.

Wippa claimed on the pair’s show: ‘We can’t give too much away but what I think was interesting about what she said was there was a lead up of exchanged messages and when he wasn’t getting much back he was fairly persistent with making advances towards Jess.

‘And quite descriptive, I think, about his plan for the evening.’

The upcoming series of the long-running franchise boasts a star-studded cast, with Caitlyn Jenner and Omarosa Newman sitting in the diary room chair, as well as Aussie actor Bernard Curry and Meghan Markle’s half-brother Thomas Markle.

In August a trailer for the show featured Thomas describing the Duchess of Sussex as ‘shallow’, adding that he warned Prince Harry that he thought Meghan was going to ‘ruin’ his life.

However, Australian TV presenter Sonia Kruger has implied that the sneak peeks viewers have had so far of Big Brother VIP have only been the tip of the iceberg.

During a recent interview on The Morning Show in Australia, the media personality said that the series is set to make ‘worldwide headlines’.

While she didn’t specify which contestants are behind the newsworthy stories, the show boasts a number of high-profile individuals who could be responsible for making a stir.

So far, her prophecy has delivered.