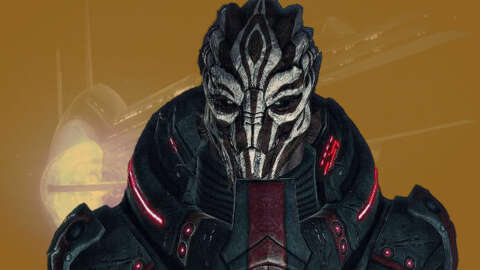 This week in our Mass Effect lore series, Jordan delves into The First Contact War between humans and Turians. It may happen before the events of the Mass Effect trilogy, but it’s a key event that sets the stage for humanity’s place in the galaxy in Mass Effect 1.

With Mass Effect: Legendary Edition well on its way, we know that this will be the first time that many folks play through BioWare’s acclaimed sci-fi trilogy. There’s a lot of lore and backstory to these games, so if you’re not huge on reading comic books and novels, paging through text logs, and exhausting every dialogue choice just to enjoy an RPG, we’re here to help ensure you’re fully up to speed.

In the video above, Jordan Ramée talks through the First Contact War, a three-month conflict that takes place prior to the events of Mass Effect. The First Contact War is just what humans call it though–you may hear all of the alien characters in the game refer to it, instead, as the Relay 314 Incident.

Even though it takes place before the trilogy, the First Contact War is an important event. It defined humanity’s place in the Milky Way galaxy, and explains why there’s a palpable tension between certain humans and aliens. Understanding the First Contact War will help you better understand several of the main characters you’ll meet in the first Mass Effect, especially squadmate Ashley Williams and main antagonist Saren.