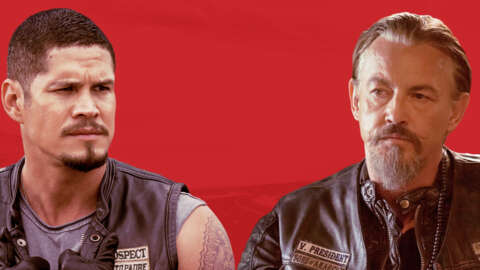 Mayans MC Season 3 premieres on FX on March 16th. Chris Hayner explains how the show’s connection to Sons of Anarchy is going to get even stronger.

It’s been over a year since Season 2 of FX’s Mayans MC came to a bloody end. The series, which follows the events of Sons of Anarchy, has somehow managed to take that show’s violence, debauchery, and love of motorcycles to an entirely new level. And now, thankfully, it’s coming back for Season 3.

And in that season, the show’s connection to Sons of Anarchy is going to get even stronger. Before now, we’ve seen characters from the original series show up from time to time, and a big chunk of Season 2 revolved around the discovery that SAMCRO’s beloved psychotic killer biker Happy Lowman killed EZ and Angel’s mother years ago. After that Season 2 cliffhanger, though, it looks like the Sons will become a more direct enemy in the Mayans universe.