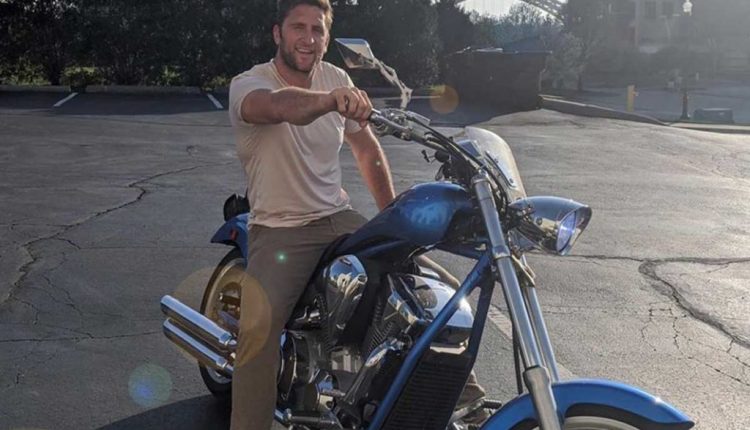 What do you look for in a motorcycle ride? Michael Bilokonsky wants to know your answer and reveals his favorite rides in Europe. Bilokonsky planned to become a physical education teacher before becoming an expert in freight movement. The dedicated motorcycle rider has spent many summers traveling around Europe, experiencing some of the most impressive rides and tours available. From the English Peak District’s stunning terrain to Switzerland’s mountains and the Greek coast, Bilokonsky explains why Europe offers so much to motorcycle riders.

The risk-takers among us will be drawn to this long stretch of road in the English peak District. The Guardian explains British motorcycling groups have labeled it the most dangerous road in the U.K. Michael Bilokonsky chose to travel from the town of Macclesfield and found the challenge of the road A537 road was one he will never forget. As you may guess, the Peak District is a group of hills in Northern England. The first section of the ride challenged Whitehorse Freight’s founder with its tight bends as the road climbed and fell before him. The motorcycle enthusiast found the second portion of the road just as challenging, with long high-speed bends. The ride ends at the Cat & Fiddle pub, where hundreds of riders gather at the weekends for drinks and lively discussions.

Thinking about a trip to Europe for a motorcycle tour often takes thoughts to the sunny climbs of the South. Others think about the long, rolling hills of the U.K. that offer stunning views. Bilokonsky stepped away from the well-trod motorcycle tour path and headed to Norway. The Troll’s Path is a fantastic road that forms part of the Atlantic Trail passing through Norway and Sweden. Bilokonsky held his nerve to complete the ride over a road that has banned longer vehicles because of the sharp hairpin turns.

In the 1990s, the tourist industry in Iceland opened up and revealed a unique nation’s beauty. The tour was taken by the Cleveland, Ohio native included a ride to the tip of Northern Denmark followed by a two-day ferry ride to Iceland. Bilokonsky explains the 828-mile Ring Road itself is a starting point for adventures that took him into the heart of Iceland.

Bilokonsky believes avoiding the high season of the Summer is the key to enjoying the Verdon Gorge. Often compared to the Grand Canyon, the Verdon Gorge is one of the most beautiful roads for riding a motorcycle. Located in the South of France’s heart, the Verdon Gorge is popular for its route alongside turquoise waters. The road is busy and slow during the Summer months, with the Fall and Winter weather perfect for passing through a naturally beautiful part of France.

The history of the Normandy Beaches attracts thousands of visitors each year to the Atlantic Coast of France. Bilokonsky began his journey through Normandy in the capital of Rouen and traveled 240 miles to Mont Saint-Michel. The ride is exhilarating and a history lesson beginning in Medieval times. The poignant nature of the ride becomes apparent as riders arrive at the site of the D-Day landings. German bunkers still liter the coastline and provide a glimpse at the horrors of the Second World War. The ride of Bilokonsky ended at the beautiful Mont Saint-Michel, which has featured in several movies.

Any motorcycle rider who has a passing interest in racing will know the name, Joey Dunlop. The Irish bike-racing legend cut his teeth on the Antrim Road, with the road used for the annual NW200 race. Bilokonsky warns riders to take care along the coast road that begins with multiple hairpins before giving way to straights running alongside the ocean. The tour ends at the Giant’s Causeway and a whiskey distillery that provides the perfect way to bring the ride to a close.

8. The Garmisch Run, France, and Germany

The Bavarian town of Garmisch is home to one of the world’s largest auto festivals. The BMW-inspired festival is open to all bikers, no matter what type of motorcycle you are riding. Michael Bilokonsky set out from Calais after catching the ferry across the English Channel from Dover. Bilokonsky made his way through France and Germany to Bavaria to attend the festival and enjoy this scenic ride’s beauty from the French town.

The Isle of Man is one of the destinations motorcycle riders from around the world want to visit. The small island off the Welsh coast is home to one of the most dangerous races, the Isle of Man TT. Michael Bilokonsky completed the Isle of Man and Wales tour to take in the beautiful countryside and ride in the wheel-tracks of some of his racing heroes, including Steve Hislop, Joey Dunlop, and Giacomo Agostini.

Steeping away from the beaten track of riders can be dangerous but exhilarating. The coast road taking Michael Bilokonsky from Saranda to Vlora took him through beautiful orchards and olive groves on one side of the road. On the other are deserted beaches featuring military bunkers designed to repel Cold War invaders.

Cycling can be invigorating anywhere in the world; this list is just a brief snapshot of what one can see and do. It’s good to be curious and visit the world. Be adventurous, be safe, and cycle!

PlayStation Essential Picks sale offers games up to 75 percent off

Lou Ottens, the Philips engineer who invented the cassette tape, has died

No stranger to Canada: Prince Philip’s visits over the years

Understanding & Dealing With The Consequences of Tooth…