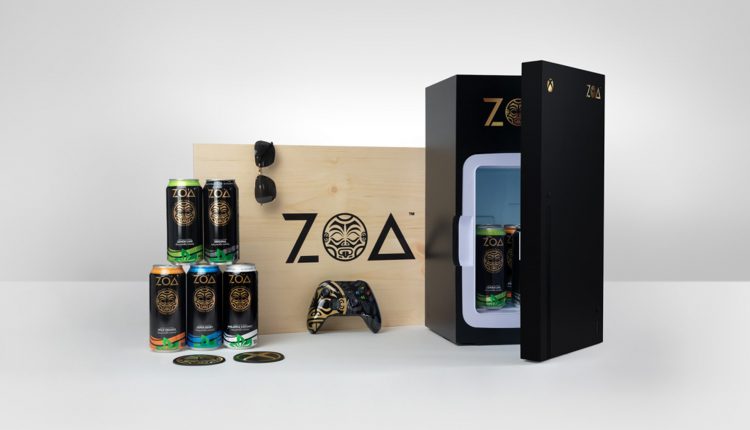 Dwayne “The Rock” Johnson is the latest to get in on the Xbox Series X ‘fridge’ meme by sending out tiny fridges that look like Microsoft’s latest game console to celebrities and influencers.

Microsoft announced the partnership with The Rock via a blog post, which also detailed a contest people could enter to win one of these custom Xbox Series X-style mini-fridge. The contest opens on March 25th, but unfortunately, Microsoft says it’s only open to U.S. residents.

If you’re wondering why The Rock partnered with Microsoft to launch an Xbox-styled mini-fridge, it’s all about promoting the actor’s new energy drink brand, Zoa. The Xbox mini-fridge also features Zoa branding, and the whole thing appears to be a stunt to get gamers interested in Johnson’s new drink.

Many thanks to @xbox @TheRock @zoaenergy for this amazing Series X mini-fridge and assorted rocktastic goodies! pic.twitter.com/cFv8Ku32GL

Alongside Microsoft’s contest, The Rock also launched a page on the Zoa website promoting Zoa as “energy drinks for gaming warriors.” The site goes on to describe Zoa as the “health” option for gamers.

While a neat promotion, it’s a bummer that Canadians won’t get a chance to win one via the contest. Plus, since it seems to be just a promotional stunt, Microsoft likely won’t sell the Xbox mini-fridge anywhere either.