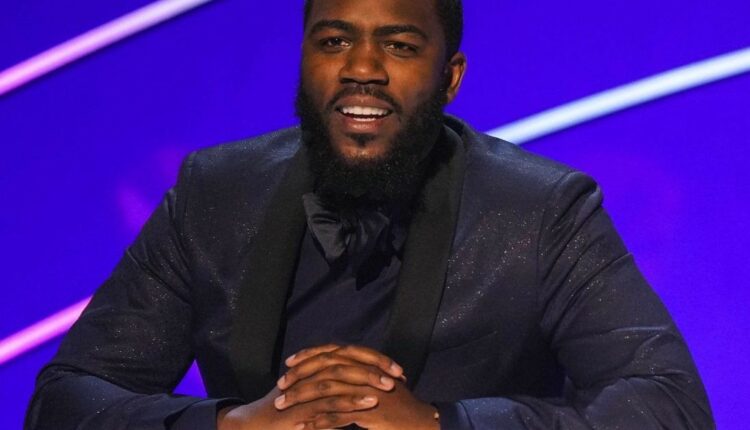 Ahead of presenting a revamped version of The Big Breakfast for Channel 4’s Black to Front, Mo Gilligan has said his place on The Masked Singer is already doing more for diversity in the UK.

Mo will be joined by presenter AJ Odudu on the breakfast TV favourite which was originally fronted by the likes of Johnny Vaughn and Denise Van Outen, as well as Kelly Brook and Richard Bacon, running from 1992 to 2002.

However, the comedian thinks his place as a judge on Saturday night prime time hit The Masked Singer alongside Rita Ora, Davina McCall and Jonathan Ross is doing more for diversity.

Asked if he thought Black To Front day was a good thing, Gilligan, 33, told Radio Times: ‘I think people are forgetting it’s a chance for new talent, especially behind the camera, to get an opportunity.

‘Sir Trevor McDonald is part of it (hosting Countdown) – it’s a bit of joy, man, a bit of fun and entertainment.

‘We do need representation, but I’m probably doing more appearing as a panellist on The Masked Singer.

‘The Masked Singer has got kids and families watching, and kids get to see people who look like them, their dad, their uncle, on primetime Saturday night.

‘I love it – when I was asked, I didn’t think about the politics.

Hitting out at the initiative, she tweeted: ‘Okaaaay…. Heard about this thing channel 4 are doing where they put black people on all their tv shows *but only for one day!!!* and they’re calling it ‘Black to Front’??!

‘What in the performative tokenism.. I .. I have no words. Stop it.. Just hire black ppl in general plz!’

The 32-year-old added: ‘As a black person in the UK TV industry all i wanted was a fair and equal shot as my white counterparts.. don’t just give us “Black to Front” days just so you can feel better about not including ppl of colour in your tv output for the rest of the year it’s insulting.’

When approached by Metro.co.uk, a Channel 4 spokesperson said: ‘Black to Front is an ambitious project fronted by Black talent and contributors.

‘It’s about creating a legacy of lasting change, and every genre – from news to drama – and every part of our business is involved. All programming on the day will amplify Black voices, talent, and stories, and every project will have a legacy – either onscreen or offscreen – for Black talent, underlining our ongoing commitment to improve Black representation both on and off screen.’

Black to Front takes place on September 10 on Channel 4.

The Masked Singer series 2: Who is behind each mask?