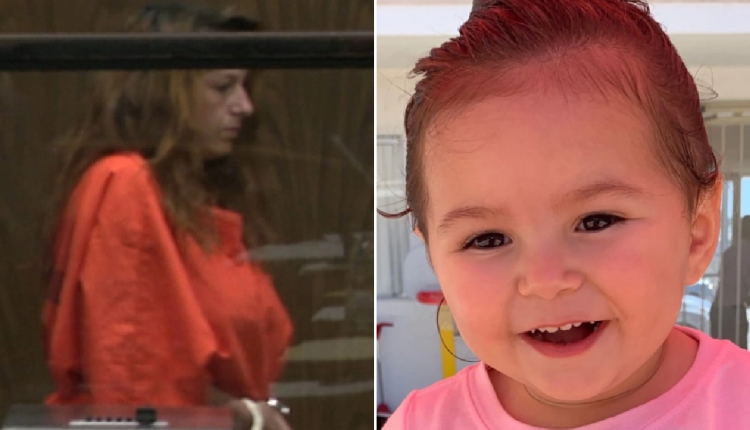 A mother who left her two year-old daughter to die in a hot car while she got paralytic with a friend has been jailed for 14 years. Lacey Mazzarella, 35, was handed the sentence Wednesday after pleading no contest to the September 2019 killing of her daughter June Agosto in West Carson, California.

Mazzarella – a long-time drink and drug abuser – left June in her car just before midnight, covered the toddler with a blanket, and turned the vehicle’s heater on. She then went and sat in a car with a pal, and drank booze until she ‘passed out,’ prosecutors explained.

The next morning June was found covered in vomit, and not breathing inside the roasting car, whose engine was still running. Mazzarella sprayed the toddler from a hose to try and cool her down, but by the time June arrived in hospital her temperature had rocketed to 107.5f (42c).

Doctors observed burns on June’s face, chest and arms, and her eyes had turned cloudy. She was pronounced dead shortly afterwards.

Mazzarella previously lost custody of a three year-old child in 2013 after police raided her home and found the toddler on a bed with cocaine, razor blades and medicine nearby, CBSLA reported.

She struck a plea deal which saw a murder charge dropped, with Mazzarella instead pleading no contest to charges of voluntary manslaughter as well as mayhem and child abuse resulting in death last October.

UK to create visa for workers in fast-growing firms