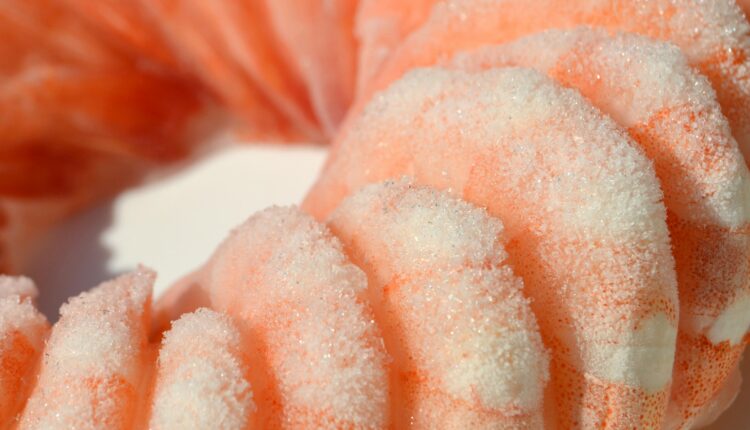 Avanti Frozen Foods issued a nationwide frozen-shrimp recall due to the risk of contamination with salmonella. The brand is pulling the precooked frozen shrimp products, sold under nine different brands, out of “an abundance of caution” following six reports of salmonella poisoning, according to the U.S. Food and Drug Administration (FDA) announcement.

The recalled products include plastic pouches and trays of various sizes, ranging from 1 pound to 7 pounds, some of which were packaged with cocktail sauce. While the items were distributed between late December 2020 and late February 2021, they may have been for sale more recently, according to a food safety alert about the shrimp recall from the the Centers for Disease Control and Prevention (CDC). You can view the full list of the recalled product names, lot codes, and expiration dates in the FDA notice.

Anyone who purchased one of these items is advised to throw it out or return it to the place of purchase to receive a full refund, and contact Avanti with any further questions, per the FDA announcement. The CDC also recommends thoroughly cleaning any surfaces or objects that could have been in contact with the recalled products.

To date, there have been six reports of salmonella sickness in associated with the distribution of these shrimp products, including two hospitalizations, according to the CDC. No deaths have been reported. The illnesses occurred in Arizona and Nevada between late February and late April 2021.

In March 2021, routine FDA testing revealed salmonella bacteria in a different shipment of frozen cooked shrimp that Avanti imported, according to the CDC. While the brand destroyed that particular shipment and none of those products were distributed, according to the recall notice, that positive test did indicate the potential for salmonella contamination of Avanti products.

The CDC, FDA, and state public health officials have collected data on this recent string of reported infections and linked them to the consumption of Avanti products. Lab testing revealed that the strain of salmonella that made these individuals sick was closely related to the strain that was found in that contaminated shipment from March, the CDC explains.

The agency says there is currently an active investigation into the outbreak, and that it is likely there are more cases that have not been reported. Avanti has “taken preventative steps to eliminate the potential for future contamination,” according to the FDA announcement.

Salmonella infections are relatively common and typically not severe. According to the CDC, usual symptoms include diarrhea, fever, and stomach pain that can start six hours to six days after infection and last for four to seven days. Other symptoms can include nausea, vomiting, and headache.

While the majority of healthy people get better without medical care or specific treatment, some people do get sick enough to require antibiotic treatment and/or hospitalization. Individuals more likely to experience severe illness include babies, adults over age 65, and people with weakened immune systems, the CDC explains. Although it is rare, a severe salmonella infection left untreated can spread to other areas of the body via the bloodstream and cause more serious health problems, like arthritis or arterial infections.

The CDC advises getting in touch with your doctor if you have diarrhea that is accompanied by a fever that is over 102 degrees Fahrenheit or doesn’t improve after three days; bloody stools; prolonged vomiting; or signs of dehydration.

When Are the Olympics—And Will They Even Be Happening?

Just How Gross Is It If You Flush With the Toilet Lid Open?