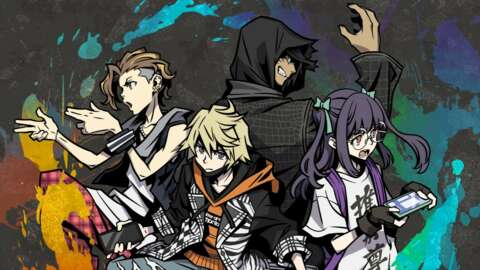 NEO: The World Ends With You Free Demo Available Now On PS4 And Nintendo Switch

The free demo for NEO: The World Ends With You is available now for Nintendo Switch and PlayStation 4. Save data from the demo carries over to the main game when it releases on July 27, and the demo can be played on PS5 via backward compatibility.

Now Playing: NEO The World Ends With You Gameplay

The action JRPG follows Rino as he and his friend must compete in the Reaper’s Game in a twisted version of Shibuya. NEO: The World Ends With You will have players control their entire party at once during real-time action and will take the elements fans loved from the first game and update them for a more modern JRPG.

NEO: The World Ends With You launches on July 27 for Nintendo Switch, PS4, and PC. In GameSpot’s preview of the game, Michael Higham wrote, “It’s carefree and often cheesy, but the experience is better for it. For a game that uses quirky fashion, a mix of nu-metal and J-pop for its soundtrack, and silly characters alongside somber ones, you wouldn’t want it to take itself too seriously anyway.”