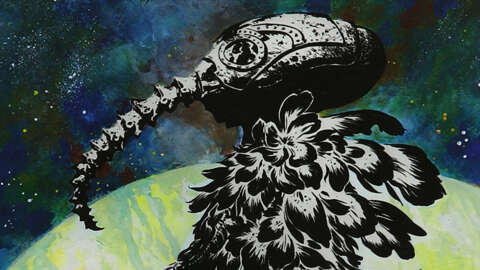 DC Comics’ Sandman series is moving forward at Netflix, as the cast has been announced for the first season of the series.

The upcoming comic book adaptation will feature a few big names, primarily Gwendoline Christie as Lucifer. Christie made a name for herself playing Brienne of Tarth of HBO’s Game of Thrones and Captain Phasma in Star Wars: The Force Awakens and The Last Jedi. She’ll also be joined by Game of Thrones alumni Charles Dance, as he plays Roderick Burgess. Check out the full cast list below.

The Sandman comic first debuted in 1988, written by Neil Gaiman and art by Sam Keith (issues 1-5) and Mike Dringenberg. The series follows Dream–who is also called The Sandman, Morpheus, Lord of Dreaming, The Shaper, etc–who has been a prisoner for 70 years and must rebuild his kingdom, which has collapsed in his absence.

The series ran until 1996, spanning 76 issues. There have also been numerous spin-offs, including the 2013 limited series The Sandman: Overture. The Sandman series helped pave the way for Vertigo Comics, a DC imprint for darker, more adult comics series.

“For the last 33 years, the Sandman characters have breathed and walked around and talked in my head,” said Sandman creator and series executive producer Neil Gaiman. “I’m unbelievably happy that now, finally, they get to step out of my head and into reality. I can’t wait until the people out there get to see what we’ve been seeing as Dream and the rest of them take flesh, and the flesh belongs to some of the finest actors out there. This is astonishing, and I’m so grateful to the actors and to all of The Sandman collaborators–Netflix, Warner Bros., DC, to Allan Heinberg and David Goyer, and the legions of crafters and geniuses on the show–for making the wildest of all my dreams into reality.”

At the time of this writing, no release date has been announced for the Netflix series.