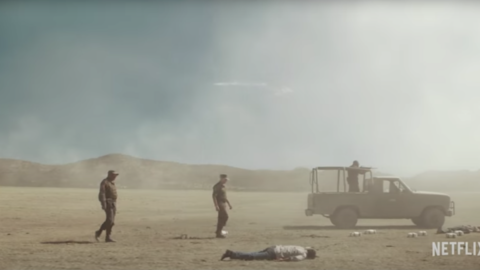 Netflix has released a new teaser for Narcos: Mexico’s Season 3, which will also be the companion series’s final season. The next batch of the drug-cartel drama’s episodes will hit the streaming service on November 5.

According to a release, over the last 10 episodes “newly independent cartels struggle to survive political upheaval and escalating violence, [and] a new generation of Mexican kingpins emerge. But in this war, truth is the first casualty–and every arrest, murder, and take-down only pushes real victory further away.” Check out the new clip below to see how things will both heat up and wrap up.

“When we began this endeavor–making a show in two languages, in a country that had never seen this kind of production–it seemed insane,” showrunner Eric Newman told The Hollywood Reporter when Season 3 was renewed in 2020. “But Netflix saw its potential then and their faith in us never wavered.”

Total War: Warhammer 3 Delayed To Early 2022, “Will Make For A Stronger Release”