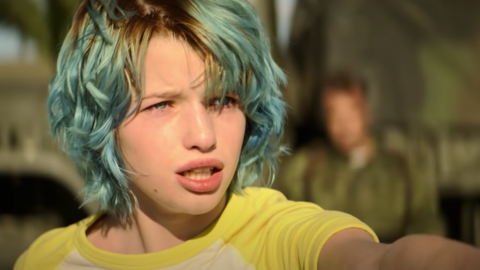 A new TV spot for Marvel’s Black Widow has arrived. It contains a lot of scenes we’ve seen previously, but some bits appeared to be new or extended.

In the new “Chance” trailer, we get a look back in time at a young Natasha Romanoff. “We all have secrets. We can’t erase the past. At some point, we all have to choose between what the world wants you to be and who you are. This is our chance, to set things right,” Scarlett Johansson says in the narration.

Black Widow is directed by Cate Shortland from a script by WandaVision’s Jac Schaeffer. The film was originally due to be released much earlier, but Disney/Marvel delayed it due to the pandemic. It’s now slated to release in theaters and on Disney+ with Premier Access on July 9.

It’s one of a handful of new MCU Phase 4 movies due out this year. It will be followed by Shang-Chi and the Legend of the Ten Rings (September 3), Eternals (November 5), and Spider-Man: No Way Home (December 17).