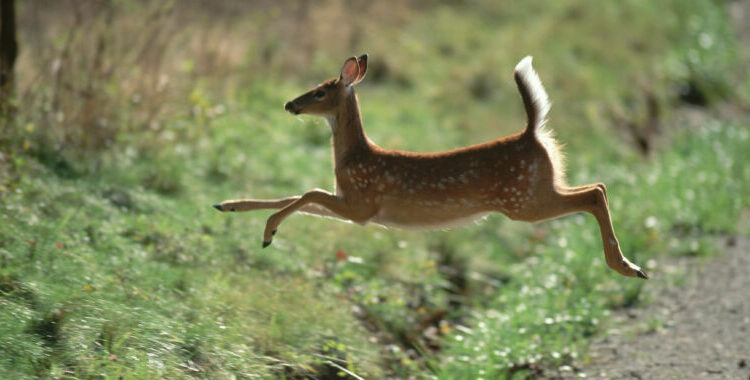 Earlier this year, researchers found that many wild deer in Michigan had antibodies that suggested the animals had been exposed to SARS-CoV-2, the virus that causes COVID-19. It was a significant cause for concern, as a large population of susceptible animals could act as a reservoir that allows the virus to spread back to humans.

At the time, however, uncertainties abounded. The study looked at only a small sample of the deer population of one state—we didn’t know how the animals were exposed, and we didn’t know whether the virus was actually spreading among wild deer. Since then, a few of the blanks have been filled in. Critically, deer-to-deer transmission has been observed in captivity. On Monday, a preprint of a new paper answered some more questions, showing that infection is widespread in a second state, driven both by its spread from humans and deer-to-deer transmission.

Overall, the news is not especially good, though we still don’t understand what risks it may pose to humans.

There are still many unknowns about the spread of SARS-CoV-2 to deer and its transmission among them. We know that transmission to deer is possible, but we don’t have a strong sense of how often the virus makes the jump from humans to deer or whether it does so directly or via an intermediary species. Once infected, deer show few obvious symptoms, but the virus has a similar time course: detectable after four days and remaining detectable as long as three weeks after infection.

The team included members of Iowa’s Department of Natural Resources who were inspired by the findings in Michigan to see what was going on in their state. They partnered with a variety of academic researchers to test both wild deer and deer on game reserves, with many of the animals killed by hunters or cars. Their study began in April of 2020, but most of the 283 samples came after the hunting season started in September; things wrapped up in early January 2021.

To an extent, sampling paralleled the initial course of the pandemic in Iowa, which saw its first spike in cases in April of 2020 before reaching a peak at the end of the year. All told, 94 of the deer (33 percent) tested positive over the course of the study. But that figure obscures some obvious changes over time.

In deer, at least, the virus wasn’t detected at all until after hunting season began, although the sampling rate in this period was too low to determine how significant this finding was. But the first positive deer were detected shortly after hunting season started, and the numbers rose considerably as cases in the human population spiked. By December, over 80 percent of the deer tested were positive for the virus.

How did that get here?

Sampling rates during the months of hunting season remained relatively steady, so that surge in cases appears to be real. But it’s not possible to tell how much of the contribution came from hunters being out among the deer and how much came from the presence of a large number of humans who were infected with the virus. Hunting could also change the behavior of the deer in a way that made it easier for them to spread it among themselves.

To help figure out what might be going on, the research team obtained genomic sequences from the virus in all of their samples, allowing them to track individual lineages of virus and compare the viruses in deer to those from the surrounding human population.

The research team found a dozen different SARS-CoV-2 lineages in the deer population. The most common of these was also the most common among the strains circulating in humans in Iowa at the same time. Beyond that, there were some parallels between the deer and human strains, but the authors caution that the results represent a small sample of both populations, since genome sequencing of humans wasn’t common at the time, either.