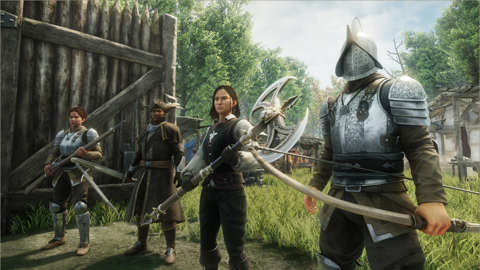 New World MMO dominated the Steam best-seller charts last week, leading the way for the Amazon project after the company had suffered repeated failures with other online games. Taking both the first and second place slots, New World beat The Ascent, Tribes of Midgard, and other games to the top of the charts.

As for how New World could earn the top two slots before its launch on August 31, Niko Partners analyst Daniel Ahmad noted that the preorder which allowed access to the beta ended last week. This resulted in players rushing to get an early start in the game ahead of its full release, by purchasing its standard and deluxe editions.

New World continues to take #1 and #2 due to the pre-order allowing access to the Beta that ends this week.
The Ascent, Tribes of Midgard and Orcs Must Die 3 debut at #3, #4 and #5, respectively.
GTA V continues to remain in the top 10 due to pricing promotions.

Even with the game having a small problem that resulted in high-end graphics cards being fried, New World’s beta still saw over 200,000 players flock to its servers at one point. As for the rest of the Steam top ten, The Ascent took the third spot, Tribes of Midgard came in at fourth place, and Orcs Must Die 3 had to settle for fifth place. The Ascent is also available on Xbox Game Pass Ultimate, which means its total PC player count is likely much higher.

Battlefield 1 and Hitman 2 climbed back into the top ten thanks to some recent discounts, while Grand Theft Auto V slipped down from the previous week’s sixth place to seventh.

New World’s performance has been Amazon’s biggest success story since it revealed its plans to enter the gaming space. Free-to-play shooter Crucible struggled to find an audience and was eventually canceled, a Lord of the Rings MMO never got off the ground due to an alleged contract dispute, and another game called Breakaway was in development but was eventually canceled. On top of all that, a report from Bloomberg detailed accusations of mismanagement.

As for this week, the charts could be in flux once again. Meditative skateboarding sim The Ramp, Dodgeball Academia, and Hunter’s Arena: Legends are just some of the games coming out soon, ahead of big releases this month such as Psychonauts 2, Ghost of Tsushima: Director’s Cut, and Aliens: Fireteam Elite.

Dany Fortin expected to be charged with 1 count of sexual assault, lawyer confirms