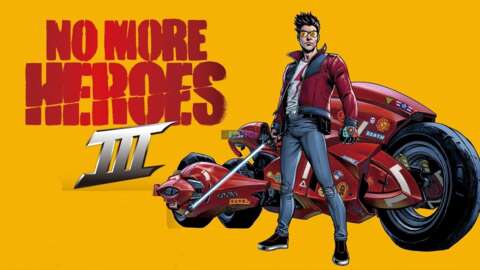 SPOILER WARNING: Be careful! No More Heroes 3 is a game filled with surprises, and sometimes boss fights don’t always go as expected. In other words, we recommend not reading the boss strategy until you’ve actually started fighting the boss to avoid spoiling some of the game’s best moments!

Not long after you start No More Heroes 3, you’ll be up against Mr. Blackhole, a massive alien menace. He is the first big challenge of the game and will put your newly learned skills to the test. Read on for some tips on bringing this space monster crashing down to earth. For more guides, be sure to check out our No More Heroes 3 beginner’s tips.

How to Defeat Mr. Blackhole

Mr. Blackhole may be your first major boss fight, but he’s no tutorial-tier pushover! He comes to battle with various painful attacks and a sturdy, oversized body that can’t be suplexed. He’s also got the ability to create warp portals to launch objects (and himself) through.

A key thing to note: the back half of this fight becomes much more difficult, thanks to Mr. Blackhole planting many damage portals on the ground. This limits your movement and makes things harder to dodge. He also changes up his attacks, which we’ll talk about below. It’s crucial to go into this phase with as much health as possible.

You should start attacking as soon as you see Blackhole emerge from a portal or drop into the arena to maximize your damage. You can also mix in your powerful Death Kick attack, which won’t take too long to recharge. Just be prepared to dodge as soon as you hear him cry out or rev up… or, if your timing is on point, try to interrupt him with the Death Kick.

The rest of the fight should be pretty straightforward. Follow the path to Mr. Blackhole’s head, and once you reach the big space fight against him, keep locking on and firing your lasers until the battle ends.

Could cold plasma be the future of food safety? The evidence…