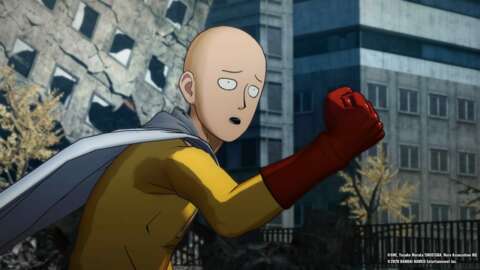 Bandai Namco has announced that the servers to the fighting game One Punch Man: A Hero Nobody Knows will shut down on February 28, 2022.

In a tweet from the official Bandai Namco US Twitter account, the company said that offline game types, like 1v1 local multiplayer and story mode, will still be playable after the servers shut down next February. Players can also still create a character, as well as purchase any of the many DLC fighters.

One Punch Man: A Hero Nobody Knows multiplayer servers will sunset on February 28, 2022. All offline game modes, along with online 1vs1 game matches, will still be available for play.
Thank you for your understanding and continued support.

This news comes about a year and a half after One Punch Man: A Hero Nobody Knows launched on February 28, 2020, putting a two-year expiration date on this licensed 3D fighting game. It seems the brawler never found a substantial enough audience, with it receiving a score of 57 on PlayStation 4 and 59 on Xbox One according to GameSpot sister site Metacritic. It also holds a “mixed” review rating on Steam. And according to Steamchartz, the game didn’t amass more than 16 concurrent players in the last 30 days, with SteamDB reporting a peak of 586 players some 17 months ago.

One Punch Man: A Hero Nobody Knows is out now on PC, PlayStation 4, and Xbox One. A character pass is available for $20 USD and adds people like antagonist Garou and martial artist Suiryu.

Google Search for web finally gets a dark mode