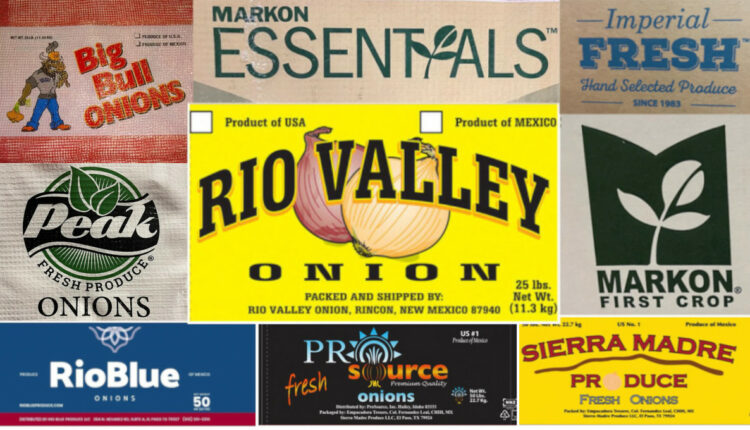 ProSource Produce LLC of Hailey, ID, is recalling whole raw onions (red, yellow and white) shipped from Chihuahua, Mexico, between July 1, 2021, and Aug. 31, 2021, because of a link to a Salmonella outbreak.

This recall comes after more than 650 people have been infected in a Salmonella Oranienburg outbreak that federal officials say has been traced to fresh onions from Mexico. The implicated onions are from ProSource Produce Inc. of Hailey, ID, according to the Food and Drug Administration

No fresh onions that originated in Chihuahua, Mexico have been shipped by the company since the end of August 2021.

While investigations into various potential sources of Salmonella remain ongoing, to date no onions marketed through ProSource have tested positive for Salmonella.

Consumers who have purchased onions that originated in Chihuahua, Mexico are urged to return them to the place of purchase for a full refund or throw them out.

Food that is contaminated with Salmonella bacteria usually does not look, smell or taste spoiled. Anyone can become sick with a Salmonella infection, but infants, children, seniors and people with weakened immune systems are at higher risk of serious illness because their immune systems are fragile, according to the CDC.

Anyone who has eaten any of the recalled products and developed symptoms of Salmonella infection should seek medical attention. Sick people should tell their doctors about the possible exposure to Salmonella bacteria because special tests are necessary to diagnose salmonellosis. Salmonella infection symptoms can mimic other illnesses, frequently leading to misdiagnosis.

Symptoms of Salmonella infection can include diarrhea, abdominal cramps, and fever within 12 to 72 hours after eating contaminated food. Otherwise healthy adults are usually sick for four to seven days. In some cases, however, diarrhea may be so severe that patients need to be hospitalized.

It is possible for some people to be infected with the bacteria and to not get sick or show any symptoms, but to still be able to spread the infection to others.

More sick in hepatitis A outbreak traced to restaurants; one required liver transplant