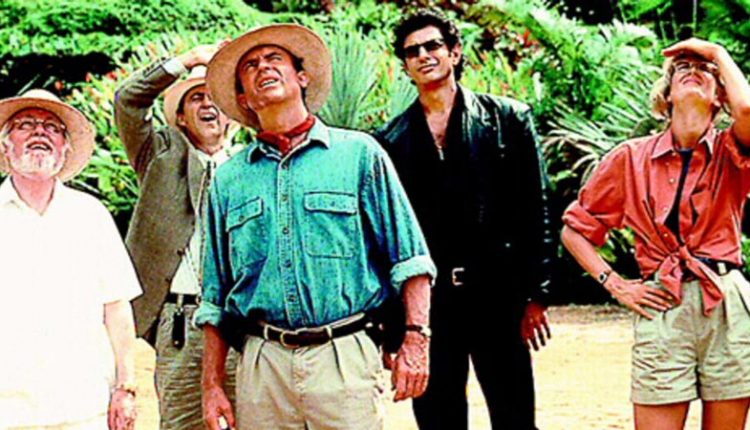 In exciting news for nostalgic film buffs, the third instalment of Jurassic World will see the return of the stars who first made the franchise iconic.

Original cast members Laura Dern, Sam Neill and Jeff Goldblum will star alongside Chris Pratt and Bryce Dallas Howard in the Universal Pictures flick, which is set to start production early next year.

It will be the first time all three have reprised their roles in a film together since 1993.

Dern confirmed she was “so excited” to rejoin her “friends” at a Los Angeles screening of Jurassic World on Tuesday.

Afterward she added: “Loved joining my buddy, Colin [Trevorrow, director], to announce the return of the original cast of Jurassic Park back into the Jurassic World.”

The latter release saw Goldblum reprise his role as Dr Ian Malcolm, having previously done so in 1997’s The Lost World: Jurassic Park.

In recent years Neill has been seen as Chester Campbell in Peaky Blinders, while Goldblum released an album of jazz tunes in 2018.

The original Jurassic Park film was adapted from the novel by Michael Crichton.

It became one of the highest-grossing films of all time and won three Oscars.

Reese Witherspoon, who acted alongside Dern in 2014 film Wild and TV series Big Little Lies, shared her excitement at the news.

She wrote on Twitter: “I love every Jurassic World movie but now THIS?!?”

The revelation came from Laura Dern herself during the screening of a short film directed by Colin Trevorrow – who will also direct Jurassic World 3.

The short film premiere after which she made the announcement, entitled Battle at Big Rock, reportedly followed a group of dinosaurs that have escaped to the real world to wreak havoc, which could well be a taste of what’s to come in the next Jurassic World film.

Dern, Neill and Goldblum all starred in the 1993 blockbuster, kickstarting a series that has grossed in excess of $5 billion globally.

And before that, Goldblum played Ian Malcolm for the second time in 1997’s The Lost World: Jurassic Park, and again in 2018’s Jurassic World: Fallen Kingdom.

A premiere date for Jurassic World 3 is yet to be released.