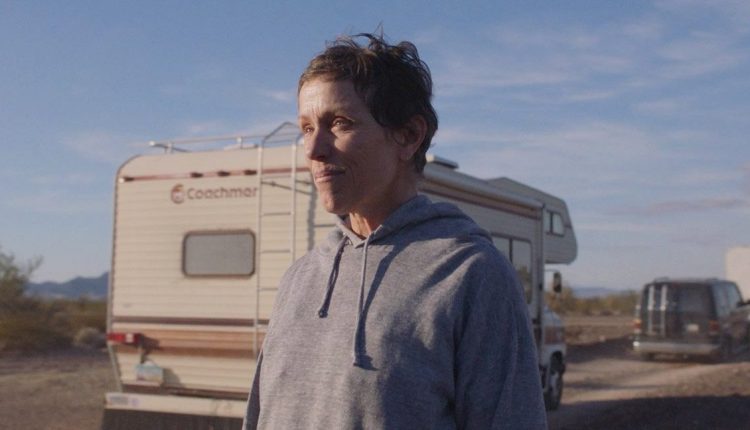 Oscars 2021: What streaming service is Nomadland on? How to watch best picture winner The 2021 Oscars has officially announced best picture, with Nomadland securing the coveted accolade.

The widely-praised drama, starring Frances McDormand as van-dweller Fern, delved into the world of the nomads traversing the American West.

Alongside Frances, nomads Linda May, Charlene Swankie and Bob Wells starred as themselves, with director Chloe receiving world-wide acclaim for her work.

As if that wasn’t enough, she also made history this year as the first woman of colour to be nominated for and win best director at the Oscars.

Beating out fellow nominees The Father, Mank, Minari, The Trial of the Chicago 7, Sound of Metal, Promising Young Woman, and Judas and the Black Messiah, Nomadland is no doubt set to go down in film history.

How to watch Nomadland

For US viewers, Nomadland began streaming on Hulu on February 19 this year, and is available to watch as part of any subscription, with packages beginning from $5.99 (£4.30).

UK viewers, however, have still got a bit of a wait.

It will be available to watch on Disney+ Star on April 30, with packages starting from £7.99 per month.

From May 17, it will be available to watch in cinemas.

Nomadland has already won big at previous award ceremonies, picking up gongs at the Baftas and the Golden Globe Awards.

It was one of the most-nominated films at this year’s Oscars, picking up six nods, and winning in three of the categories – best picture, best actress, and best director.

The 93rd Oscars were pushed back due to the coronavirus pandemic after they were initially scheduled to be held in January.

While other events have seen nominees and guests Zooming in from home, this year’s ceremony was a strictly in-person event, with co-producer Steven Soderbergh insisting it would have ‘the aesthetic of a film’.

Nomadland is set for release on Disney+ Star on April 30 and in cinemas on May 17.

Best original song: Fight For You (Judas And The Black Messiah)

Best international feature: Another Round (Denmark)

Best animated short: If Anything Happens I Love You


MORE : Oscars 2021 live: Nominees, how to watch in the UK and winners as they come in Streaming TV on vacation: What cord-cutters need to know