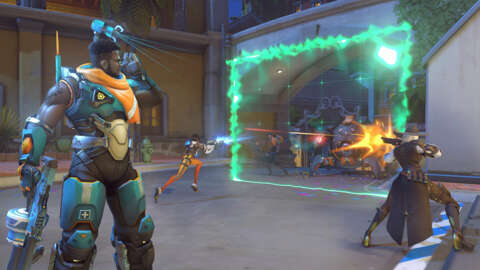 Overwatch Is Getting A Cross-Play Beta Sometime Soon

Cross-play is officially coming to Overwatch, with Blizzard confirming that a cross-play beta will be available before a full rollout. The feature will be supported across all versions of the game (PC, Nintendo Switch, PS4/PS5, and Xbox One/Xbox Series X|S) and comes as part of a broader launch of a “global Battle.net.”

Players will only be able to participate in Overwatch cross-play after creating a Battle.net account and linking it to their various console accounts. Naturally, this doesn’t apply to PC players who have been playing the game through the Battle.net launcher since it was released in 2016; console players will need to link or set one up regardless of their desire to use cross-play. The addition of cross-play was likely the big feature Overwatch game director Aaron Keller teased recently. Blizzard has set up a page on its website with details on how to create and link a Battle.net account

Cross-play will be available across all game modes, with the exception of Competitive, which will be split into two pools: PC and console players. This is said to be for balance reasons.

So far, it’s not clear when the cross-play beta for Overwatch will launch or when the feature will fully release. The press release from Blizzard vaguely states that, “The Overwatch Cross-Play Beta launches soon on PC, PlayStation, Nintendo Switch, and Xbox.” For the time being, Overwatch players will just have to be happy knowing that the long-awaited feature is finally on the way. That being said, it’s likely that we’ll see cross-play in Overwatch before the end of the year.

While cross-play for Overwatch is in the works, that doesn’t mean we’ll be seeing cross-progression any time soon. In a recent Overwatch 2 Reddit AMA, Blizzard technical director John Lafleur said that cross-play would take priority over cross-progression. “However, given the additional complexities of cross-progression,” Lafleur said, “it would probably make most sense to tackle cross-play, first and then explore progression as a potential add-on, if we go this route.” Indeed, Blizzard’s FAQ confirms your progress will not move with you between platforms, should you play on multiple systems.