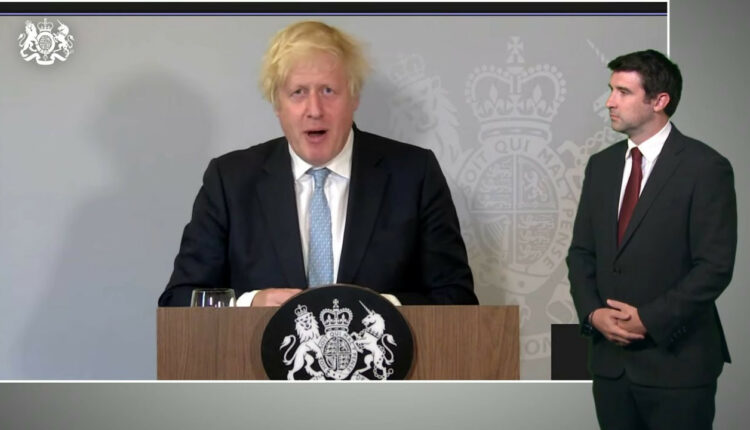 Pandemic is not over ‘but it’s time to lift lockdown’, Boris says

The prime minister has reiterated it is the right time to lift coronavirus restrictions across the country due to the number of people who have been vaccinated.

Speaking at a press conference while in self-isolation, Boris Johnson defended the end of lockdown today – so-called ‘Freedom Day’ – and argued it was the correct decision despite the rise in cases of Covid-19.

‘We have reached the fourth step on our road map,’ he told the Downing Street briefing.

‘And I know with cases increasing steadily and more people being asked to self isolate, there are those who would rather would rather we waited weeks and months longer – to keep on social distancing and all the legal restrictions we have placed on our lives.

‘I want to remind you all why I believe this is the right step, no matter how difficult it seems.’

He said not opening up now – with the ‘firebreak’ offered by the school holidays – meant the risk of even tougher conditions in the colder winter months.

‘The logic remains the same, if we don’t open up now, we face a risk of even tougher conditions in the colder months when the virus has a natural advantage,’ the PM added.

‘There comes a point after so many have been vaccinated, when further restrictions no longer prevent hospitalisations and deaths but delay the inevitable, we have to ask ourselves if not now, when?’ 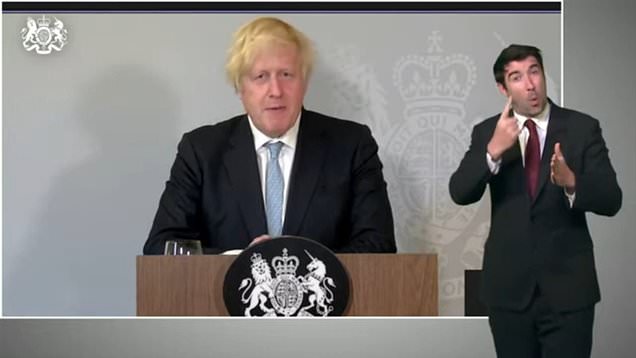 But he warned ‘the pandemic is not over yet’.

It comes as the Government’s chief scientific adviser, Patrick Vallance, added there are ‘high levels of Covid and they are increasing’.

‘So we’re quite close to the size of the winter wave of infections and this is going to increase.’

He expects there to be more than ‘1,000 people per day’ being hospitalised with the virus.

‘But the rates should be lower than they have been previously because of the protective effects of vaccination,’ he said.

He added 60% of people being admitted to hospital with Covid-19 have received two doses of the vaccine.

The UK has the seventh highest death toll in the world at 128,727, and is forecast to soon have more new infections each day than it did at the height of the second wave of the virus in January.

Deputy chief medical officer Jonathan Van-Tam warned the public not to ‘rip the pants out of this’.

‘I would urge people to be gradual and cautious,’ he said.

In the briefing, Mr Johnson also defended the NHS Test and Trace app – which has come under fire for the high number of people it has ‘pinged’ to self-isolate in recent weeks – and added: ‘At this stage it is simply a consequence of living with Covid.’

The PM said however ministers have moved to loosen self-isolation requirements for a ‘very small number’ of critical workers who have received two jabs.

‘I want to assure you that we will protect crucial services – including the staffing of our hospitals and care homes, the supplies of food, water, electricity and medicines, the running of our trains, the protection of our borders, the defence of our realm – by making sure that a small number, a very small number, of named, fully vaccinated critical workers are able to leave their isolation solely for the work that I have described,’ he said.

Mr Johnson further announced proof of vaccination will be required for entry to nightclubs and other venues where large crowds gather, by the end of September.

Unlocking the Secrets Behind the Hummingbird’s Frenzy