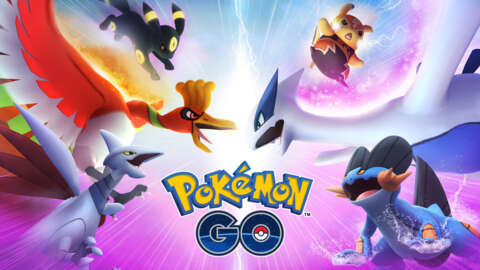 Pokemon Go will be returning the interaction radius of PokeStops and Gyms to 80m following an outcry from fans. Developer Niantic announced the change on Twitter, adding that the interaction distance would remain 80m “from now on.”

Trainers – we’re looking forward to sharing our plans as a result of the task force on September 1, but one thing does not have to wait! From now on, 80 meters will be the base interaction radius for PokéStops and Gyms globally. (1/2)

“Thank you to everyone who made your voices heard. We’ve heard you and understand that this has been a welcome benefit to many players. We’ll share more next week,” Niantic wrote in a follow-up tweet.

Niantic had previously announced that it was putting together an internal task force to address fans’ concerns about the reduced interaction distance. It said that it will announce more changes and findings from the task force on September 1. The interaction distance in Pokemon Go was originally 40m, however that distance had been doubled in response to COVID, making it easier for players to interact with PokeStops and Gyms without having to physically interact with other people.

Niantic recently chose to revert the interaction distance back to 40m in the United States and New Zealand after being at 80m for nearly a year. This decision sparked controversy, as the community felt the game was in a better state and more accessible with the increased distance.

It has also been revealed that September’s Community Day in Pokemon Go will feature Oshawott, the water-type starter from Pokemon Black and White, and the upcoming Pokemon Legends: Arceus.

Demon Slayer: The Hinokami Chronicles Every Ultimate Art So Far

Center for Foodborne Illness to host public webinar on food…

I Cook Foods inquiry not misled but evidence errors caused…

Halo: The Master Chief Collection Available For Free This…