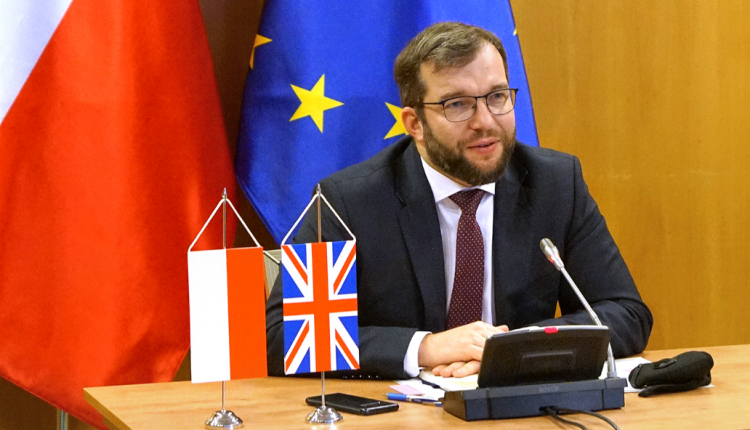 Officials from Poland and the United Kingdom have met virtually to discuss the safety of Polish poultry meat after it was linked to several outbreaks.

Grzegorz Puda, Polish minister of Agriculture and Forestry, spoke remotely this past week with George Eustice, secretary of state for Environment, Food and Rural Affairs.

Puda said he had taken direct charge of the issue of Salmonella in Polish poultry meat.

“Despite the difficult pandemic situation, Poland will take all measures to minimize and eliminate the UK’s concerns about the quality and safety of Polish poultry,” he said.

“Poland is ready to cooperate with the UK on sequencing of the Salmonella genome in poultry products.”

Link to illness in several countries
Puda told Eustice about measures Poland has implemented to ensure the high quality and safety of chicken products after Salmonella outbreaks from the country’s poultry meat.

Two strains of Salmonella Enteritidis in frozen, raw, breaded chicken products from Poland have caused almost 500 illnesses since January 2020 and at least one death in the UK. The outbreak strains have been traced to two suppliers in Poland.

One of the strains has also affected people in Denmark, Finland, France, Germany, Ireland, the Netherlands, Poland and Sweden since May 2018.

Eustice said there are no plans to introduce import restrictions on poultry meat from Poland.

“We note a significant improvement in the situation regarding Salmonella infections in poultry products.”

In March, Victoria Prentis, parliamentary under secretary of state at the Department for Environment, Food and Rural Affairs (DEFRA), said the agency was keeping the possibility of introducing import restrictions under review whilst in contact with the European Commission, Polish authorities and suppliers to resolve the issue.

“We do not consider it acceptable for the UK to be sent poultry products contaminated with Salmonella,” she said.

After illness was linked to Polish chicken, the UK’s Chief Veterinary Officer Christine Middlemiss called for action in a letter to her Polish counterpart in December 2020.

FSA’s Salmonella chicken research
Emily Miles, chief executive of the Food Standards Agency (FSA), previously said the agency was working with retailers and informing the public of the issue.

“We suspect these illnesses are coming from undercooked products but it’s also our view that we shouldn’t be receiving chicken with Salmonella in from Poland,” she said.

The FSA has started two projects to look at consumer habits on frozen partially cooked chicken products and Salmonella, E. coli and antimicrobial resistance in these items on retail sale in the UK.

A microbiological survey will establish the prevalence and levels of Salmonella and E. coli detected in frozen, partially cooked breaded and battered poultry products. Samples will come from across the UK and cover large supermarket chains and small business owners.

The consumer survey will collect about 2,000 responses to an online questionnaire focusing on how people transport, handle, store and cook these frozen poultry products at home. Both are planned for completion by January 2022.

“F9” To Flashback To The First “Fast”