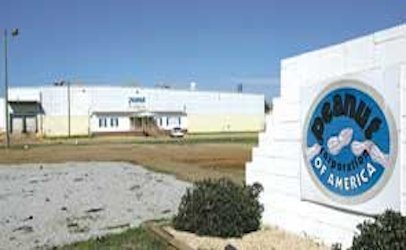 At the deadline for closing arguments, one was early and the other late, but not too late.

Brothers Stewart Parnell, 67, and Michael Parnell, 62, have turned in their final written arguments to support their motions to vacate their sentences. The two federal inmates, convicted and sentenced together, ask under separate actions for their convictions to be cleared under Section 2255, a Writ of Habeas Corpus.

Habeas corpus proceedings under Section 2255 are “complicated and taxing to the soul,” it’s been said. The Parnells are almost two years into the process. They raised issues in their petitions that, if true, could win their freedom.

U.S. District Court for the Middle District of Georgia held evidentiary hearings for the Parnells during the last week of May to help sort out the truth. Armed federal marshals brought both men back to the Albany, GA courthouse, where a jury convicted them seven years ago.

After assisting at the hearings, marshals returned Stewart to West Virginia and Michael to New Jersey. They remain incarcerated as federal prisoners.

Without success in the Habeas Corpus proceeding, Stewart will have to serve 18 more years to age 85 before he’s free. Michael will be 73 if he must do 11 more years.

Officially, by the Sept. 3 deadline, attorneys filed “post-hearing” briefs on behalf of their clients. Here is a summary of each filing.

“Trial counsel’s failure to move to strike for cause jurors who knew that people died from the salmonella outbreak linked to Mr. Parnell’s company (Peanut Corporation of America) and counsel’s failure to seek a change of venue outside of the Albany Division, constituted ineffective representation of any measure in violation of the Sixth Amendment,” Parnell’s attorneys conclude. They say the court should grant Parnell’s 2255 motion and vacate his conviction.

The 21-page brief argues that two claims of ineffective assistance of counsel undermined Stewart Parnell’s “fundamental right to a fair and impartial jury.” His trial attorneys failed to strike for cause jurors who’d heard about people who died from the Salmonella outbreak involving PCA’s Blakely, GA facility. And second, the trial counsel failed to seek a change of venue due to “overwhelming publicity and juror bias” surrounding the case.

In their post-trial brief, Weil and Copeland paint a picture of conflict among Parnell’s trial attorneys that did not work out in his favor. Much of this had to do with the role of former Albany District Attorney Ken Hodges, who is now a judge on the state appellate court.

Parnell’s core defense attorneys from the Gentry Locke law firm in Roanoke reportedly “relegated” him to a minor role at trial, not even sitting him at the council table.

The defense billing records don’t mention seeking a change of venue, and Gentry Locke’s lead defense attorney, Thomas Bondurant, said they “talked about it a lot.”

At the May hearing, Bondurant said they thought they might “catch a break or two” from an Albany area juror who “knew the peanut business” and “understood where Stewart was coming from.” He preferred a more rural jury that understood unsanitary conditions and mice as being a problem for all South Georgia peanut plants.

While Bondurant said Hodges thought Albany would be best for the trial, the Judge said he was not part of those discussions at the May hearing.

Every peanut-affiliated business in south Georgia was “devasted” by the deadly Salmonella outbreak linked to PCA’S Blakely, GA facility; a local peanut broker told the May hearing About 60 percent of domestic peanut production occurs within 150 miles of Albany.

The area overlaps the Middle District’s Albany District, which provided the jury pool for the PCA criminal trial. The Parnell post-hearing brief suggests that his defense team thought an Albany District jury would be understanding when in fact, it was “toxic toward PCA and the Parnells.”

At trial, the defense was successful in keeping “death evidence” from the jurors. The government also promised not to go there. However, Weil and Copeland say the defense allowed two prospective jurors who’d heard about the deaths to remain on the jury.

“Even when affected jurors promise they can be fair and impartial, the Supreme Court has held that under certain circumstances jurors’ assurance cannot be believed — and the prejudice must be presumed, they argue.

“The fact the jurors cannot always be believed was borne out in this case when at least three prospective jurors failed to disclose during jury selection that they were aware of the deaths.”

The 43-page post-hearing brief for Michael Parnell also advances arguments to vacate his convictions under Section 2255.  Michael Parnell started his Habeous Corpus process,  “pro  se” — meaning without the benefit of a professional attorney.

His Virginia team of Harding and Dinkin came together before the May hearings in Albany, GA.

Like his older brother, Michael’s attorneys claim he was denied effective counsel at trial because his trial attorneys allowed jurors with knowledge of the deaths in the Salmonella outbreak involving PCA to get on the jury.

They say, “it is ineffective assistance of counsel to forego a motion to strike jurors for cause after they disclose knowledge of information that is so unfairly prejudicial that it has been excluded, such as allegations that deaths result from conduct unrelated to the charges.”

“Forty-seven of the seventy-eight members of the venire revealed pretrial knowledge of Mr. Parnell’s case during voir dire,” they continued.  “Of these forty-seven, eleven knew deaths were allegedly associated with peanut butter, whole peanuts, and other products from PCA.”

Michael Parnell’s lead trial attorney, Ed Tolley, failed to strike nine of these 11 prospective jurors, and the court impaneled two of the nine as jurists.

And, his attorneys say the death allegations were uniquely prejudicial to their client as Michael Parnell was never associated with the purported deaths in the media or by the federal Centers for Disease Control and Prevention  (CDC) in Atlanta.

No evidence of the deaths was allowed to become part of the trial under an agreement between defense attorneys and government prosecutors.  Tolley said he’d move to sever Michael’s case from Stewart Parnell’s if any death evidence was allowed.

The chances for a federal inmate petition to be successful are not that great.  One study found only 13 percent being decided in favor of the inmate between 1980 and 1996.  More recent numbers are not readily available.  The Parnell petitions are however closer to their goal than most because they were already gone through the evidentiary hearings that most inmate petitions do not achieve.

The Salmonella outbreak linked to PCA peanut products from Blakely, GA officially resulted in more than 700 people with illnesses and according to CDC” may have contributed to nine deaths: Idaho (1), Minnesota (3), North Carolina (1), Ohio (2), and Virginia (2).  At trial, CDC said thousand nationwide likely became sick from PCA’s contaminated peanut butter and paste but did not pursue public health department tests to become official patients.

The IATSE Strike Has Been Averted