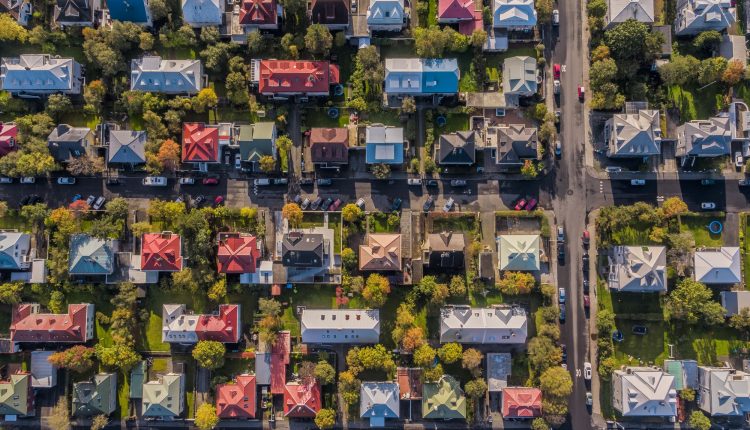 Despite an ongoing surge of high-income earners (i.e. the “1 percent”), the number of people living in severely distressed neighborhoods in the U.S. is increasing. These areas are generally defined as those that have at least three of the following four characteristics: a high poverty rate, a high percentage of high school dropouts, a high percentage of working-aged males unattached to the labor market, and a high percentage of female-headed families.

As noted by Brookings, residents of severely distressed neighborhoods face a range of systemic challenges, obstacles and risks that are not experienced by those in more socioeconomically advantaged areas. These include (but are not limited to): poorer mental health and physical health outcomes, higher crime rates, higher school dropout rates, and higher levels of financial security largely driven by weak job-seeking networks.

Despite the bleak day-to-day reality of life for most people in severely distressed neighborhoods, research has shown that a targeted and adequately led, funded, supported and sustained mix of community-focused initiatives can significantly alleviate the burden, and enable residents of all ages enjoy a higher standard of living, and overall quality of life.

According to public health professional Ann Brandau, four of the most critical initiatives are those that increase to the availability of physical activity-related facilities, increase the availability of health resources, foster and facilitate ties between police and the community, and support job creation. Each of these is discussed below.

Research published in the American Journal of Public Health examined associations between neighborhood demographic characteristics and the availability of commercial physical activity-related facilities and concluded that the lack of such facilities can contribute to the overall lower levels of activity observed across low socioeconomic populations.

In somewhat less academic and more practical terms, the lack of gyms, athletic courts, arenas, and other physical health facilities in severely distressed neighborhoods triggers a vicious cycle: residents have lower levels of physical activity, which further reduces the demand and impetus to introduce such facilities.

“Over several decades, this dynamic has led to a dramatic have vs. have not scenario in communities across the country,” commented Ann Brandau, who currently sits on the Kansas Board of Regents. “In more affluent urban neighborhoods, residents typically have an abundance of facilities to increase and support their physical health, while residents in severely distressed neighborhoods have a dearth of options; many of which are long overdue for renovations and upgrades. Building more facilities is an important priority that not only increases physical health but supports a stronger community dynamic.”

Increasing the Availability of Health Resources

Research published in Preventative Medicine Reports (which is the open-access companion journal to Preventive Medicine) concluded that there may be a negative correlation between incidents of neighborhood crime and access to health-enabling resources in distressed neighborhoods. For severely distressed neighborhoods that invariably have fewer health resources than wealthier neighborhoods, this means a higher crime rate and a range of adverse consequences that include everything from a chill on local economic investment, to reduced physical wellbeing.

“When most people hear about rising crime rates, they naturally think of an increase in thefts, assaults, drug trafficking, and other violations,” commented Ann Brandau, who served as the Executive Director of the Argentine Neighborhood Development Association (ANDA) from 2007 to 2018. “However, research has shown that neighborhood crime is linked to harmful health effects that trigger or worsen chronic conditions such as obesity and hypertension. Ultimately, this means that high crime rates are not just economic and public safety threats, but they are also public health threats as well. Increasing the availability of health resources in severely distressed neighborhoods can play a positive role in addressing all of these serious concerns.”

Fostering and Facilitating Ties Between the Police and the Community

A number of severely distressed neighborhoods across the U.S have implemented community policing models, which aim to establish closer alliances and more trust between police and the community. There are three inter-related goals of this approach: reduce citizen fear of crime, enhance police-community relations, and support more effective responses to community problems.

“Results of community policing models have been mixed,” commented Ann Brandau. “For example, research has shown that the approach worked significantly well in Chicago and Joliet, Illinois. However, the impact of community policing programs on crime rates in Flint, Michigan was negligible. Despite this, however, any responsible and meaningful effort that supports trust and alignment between police and the community is positive; especially in severely distressed neighborhoods, where tensions can run high and open hostility and aggression on both sides is common.”

Arguably the most daunting and debilitating feature of severely distressed neighborhoods is the widespread perception among young people that there is no hope of turning a financial corner. The only way to materially increase one’s standard of living is to somehow get out and stay out, or more practically, to seek illegitimate and dangerous types of work. Supporting quality job creation through subsidies (which could be managed by local nonprofits), and providing incentives for small businesses to create opportunities, could have a significantly positive long-term impact.

“This isn’t the 1950s or 1960s, and nobody expects big enterprises to come to the rescue and put a massive dent in unemployment,” commented Ann Brandau. “The solution is going to come through a large quantity of smaller businesses that create a handful of jobs, or perhaps just one or two. When this happens, not only are more people working, but they are contributing to the economic prosperity of their community, and cultivating a sense of citizenship and social responsibility.”

21 HR Jobs of the Future

Where Do Astronauts Go On Vacation?