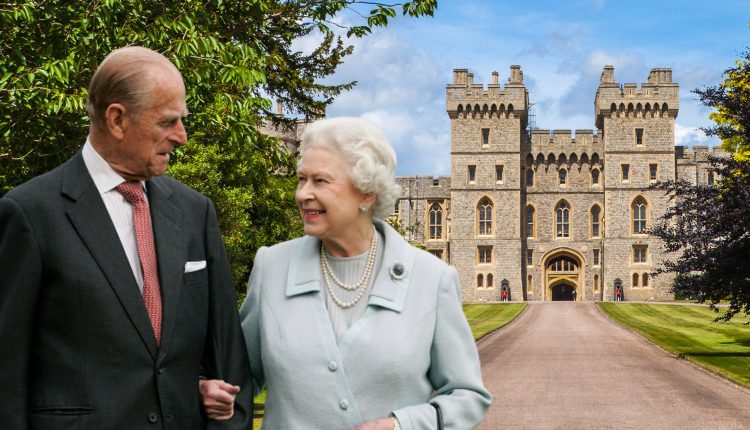 The Queen might move to Windsor Castle permanently so she can be closer to Prince Philip, royal insiders claim.

The Duke of Edinburgh was laid to rest on Saturday with a moving funeral that saw the Queen say goodbye to her beloved husband while sitting alone in St George’s Chapel.

Windsor Castle has always been a special place for the Queen and Prince Philip and now the new widow wants to live where her husband has been buried, sources told the Daily Express.

The monarch, who took the throne in 1952, has used the 950-year-old fortress as the couple’s weekend home.

The Duke himself restored the Castle’s East Terrace Garden which was tended to by the Queen and her sister during the Second World War.

The couple have spent most of the pandemic at the residence, along with 20 staff members who have self-isolated from their own families to look after the royals and the castle’s 1,000 rooms.

Prince Philip died peacefully at Windsor and one of his last requests was to rest there.

Aides say the Queen is looking to live there indefinitely as it is where she feels ‘most comfortable’.

‘The kindest thing to do is to allow her to live where she feels most comfortable,’ an insider told the Express.

Buckingham Palace, recognised around the world for representing the monarchy, is one of London’s most popular tourist attractions.

Monarchs have lived at the Palace since 1837.

The Queen is expected to remain at Windsor for the foreseeable future, though she will continue to use the Palace as an office.

‘Buckingham Palace will continue to be her primary place of work,’ one insider said.

In her old age, the Queen has stepped back from Royal duties and has already changed her living schedule to include half a week at Windsor instead of just weekends.

She will return to work on April 22 when the two weeks of royal mourning ends, one day after her 95th birthday.

Windsor Castle is the largest castle in all of Europe. It has also been lived in by royalty for longer than any other royal family on the continent.