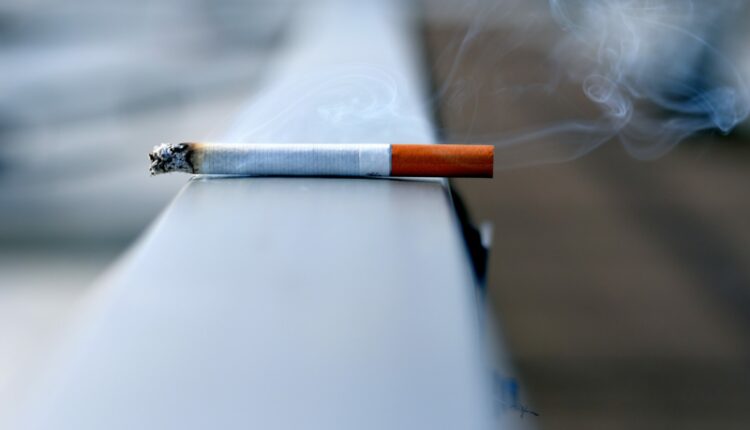 Smoking is linked to a heightened risk of death, but those who quit at young ages may bring that risk down to normal levels.

Cigarette smokers who quit before age 35 have similar death rates within a given time period to those who have never smoked at all, a large study suggests.

“Among men and women from diverse racial and ethnic groups, current smoking was associated with at least twice the all-cause mortality rate of never smoking,” the study authors wrote in a new report, published Monday (Oct. 24) in the journal JAMA Network Open(opens in new tab). “Quitting smoking, particularly at younger ages, was associated with substantial reductions in the relative excess mortality associated with continued smoking.”

This is the third large study to suggest that age 35 might be the optimal age to quit by, particularly for those who start smoking young, John P. Pierce(opens in new tab), a professor emeritus in the Department of Family Medicine and Public Health at University of California, San Diego, wrote in a commentary(opens in new tab) of the study.

“It has been known for a long time that the earlier a smoker quits, the better,” wrote Pierce, who was not involved in the new research. “However, it is now possible to be more specific with respect to the age that a smoker quits.”

The new study used data from the U.S. National Health Interview Survey, a questionnaire-based survey used to monitor the health of the U.S. population, and the National Death Index, a database of the nation’s death records. The analysis included survey data from more than 550,000 adults who completed questionnaires between January 1997 and December 2018 and were between 25 and 84 years old at the time of recruitment. These included current smokers, former smokers and so-called never smokers, meaning people who smoked fewer than 100 cigarettes in their lifetimes.

According to the National Death Index, nearly 75,000 of these study subjects had died by the end of 2019. Compared with never smokers, current smokers showed a significantly higher all-cause death rate, overall, as well as higher rates of death from cancer, heart disease and lung disease, specifically.

Non-Hispanic white smokers showed the highest all-cause mortality rate, which was three times higher than that of never smokers. Non-white smokers, including both Hispanic and non-Hispanic people, had slightly lower mortality rates, about twice that of never smokers. This may be related to the fact that these participants reported smoking fewer cigarettes per day, on average; starting to smoke at older ages; and being less likely to smoke daily, compared with white subjects.

“These results remind us that reducing smoking intensity (cigarettes per day) should be one of the goals for tobacco control programs,” Price wrote in his commentary.

Crucially, while current smoking was linked to a higher risk of death across all racial and ethnic groups surveyed, “quitting smoking was associated with substantially reversed risks for all groups,” the study authors wrote.

In particular, those who quit by age 45 cut their excess risk of death by up to 90%, and those who quit before age 35 showed death rates very close to those of never smokers. Similarly, the study also found that, the more time had passed since a person quit smoking, the closer their mortality rate was to that of a never smoker.

Having an age 35 deadline could be potentially motivating for young smokers working toward quitting, Price wrote in his commentary. “Without a proximal goal, it is tempting for smokers to abandon a quit attempt with cognitions such as ‘I don’t really need to do it just now.’ The study … provides needed data to set a motivating proximate goal of quitting smoking before age 35 years,” he wrote. But of course, all is not lost after age 35 — as the study suggests, quitting at older ages still reduces one’s risk of death, just not as dramatically.

The research does have some limitations. For instance, the information on subjects’ smoking habits was gathered at one point in time, so some subjects may have quit or started smoking after being surveyed. “Thus, both the true hazards of smoking and the true benefits of quitting may be underestimated in this study,” the authors cautioned.

Nonetheless, the study still suggests that quitting smoking greatly reduces the risk of early death — especially if you do it young.

Bio: Nicoletta Lanese is a writer for Live Science covering health and medicine, along with an assortment of biology, animal, environment and climate stories. She holds degrees in neuroscience and dance from the University of Florida and a graduate certificate in science communication from the University of California, Santa Cruz. Her work has appeared in The Scientist Magazine, Science News, The San Jose Mercury News and Mongabay, among other outlets.