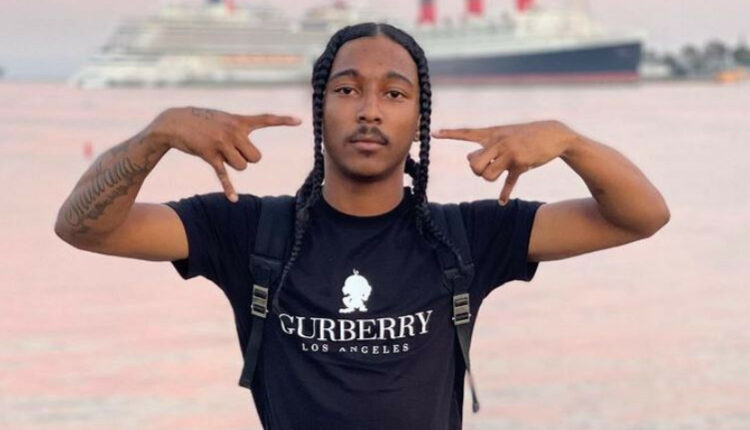 Rapper Indian Red Boy has been shot and killed while filming an Instagram Live from inside his car, according to reports.

The 21-year-old musician, real name Zerail Dijon Rivera, suffered multiple gunshot wounds while parked in his vehicle in Hawthorne, California on Thursday. The suspect fled the scene before police arrived.

An investigation has been launched.

A video of the horrific incident has been circulating on social media as his fans paid tribute on Twitter.

Social media star Kapone paid tribute on his Instagram, which he has since made private.

Sharing a picture of them together he wrote in the caption: ‘Still Kant (sic) believe you gone gankg. I see yo face every time I close my eyes.’

One said: ‘That video of Indian Red Boy is sad asf I low key wish I didn’t watch it.’

Another tweeted: ‘That Indian Red Boy video is brutal. One minute you laughing it up, next minute you gasping for breath begging for help.’

‘That video of Indian red boy literally made me sick to my stomach,’ another said while one tweeted: ‘Just saw that Indian Red Boy video and almost ended up in tears…that’s nuts man.’

‘I send my condolences to Indian Red Boy’s family, may God cover all of you,’ read a further tweet.

The internet star had 31,000 followers on Instagram but had only posted twice. The most recent was a series of pictures of himself uploaded on July 3.


MORE : Love Island star Amy Hart concerns fans as she’s picked up by strangers while walking alone on dual carriageway after night out