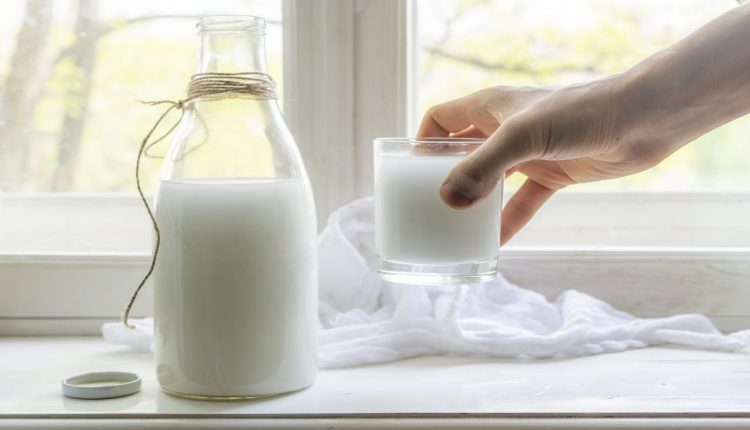 For the second time in five weeks New York officials are warning consumers not to drink unpasteurized, raw milk from Breese Hollow Dairy because of bacterial contamination.

No illnesses have been reported, but a sample of the milk collected by an inspector was contaminated with Listeria monocytogenes. The dairy is in Hoosick Falls, NY, in Rensselaer County. The dairy has not initiated a recall.

“On May 21, 2021, the producer was notified of a preliminary positive test result. Further laboratory testing, completed on May 27, 2021, confirmed the presence of Listeria monocytogenes in the raw milk sample,” according to the New York State Department of Agriculture and Markets.

“The producer is now prohibited from selling raw milk until subsequent sampling indicates that the product is free of harmful bacteria. The Department recommends that any consumers who purchased raw milk from Breese Hollow Dairy immediately dispose of it and call the farm at 518- 892-0388.

Five weeks ago the Department of Agriculture also warned customers not to drink Breese Hollow raw milk after a sample was found to be contaminated on April 23. At that time the state said the farm wouldn’t be allowed to sell milk until other sampling came back negative.

The farm was also cited for contaminated raw milk in 2018.

The department says it is important to note that raw milk does not provide the protection of pasteurization. Pasteurization is a process that heats milk to a specific temperature for a set period of time. Pasteurization kills the bacteria responsible for numerous illnesses and diseases such as listeriosis, salmonellosis, campylobacteriosis, typhoid fever, tuberculosis, diphtheria, and brucellosis.

Pasteurization of milk is recognized internationally as an effective means of preventing outbreaks of foodborne illnesses, including listeriosis.

About Listeria infections
Food contaminated with Listeria monocytogenes may not look or smell spoiled but can still cause serious and sometimes life-threatening infections. Anyone who has consumed any of the Breese Dairy raw milk and developed symptoms of Listeria infection should seek medical treatment and tell their doctors about the possible Listeria exposure.

Also, anyone who has consumed any of the implicated raw milk should monitor themselves for symptoms during the coming weeks because it can take up to 70 days after exposure to Listeria for symptoms of listeriosis to develop.

Pregnant women, the elderly, young children, and people such as cancer patients who have weakened immune systems are particularly at risk of serious illnesses, life-threatening infections, and other complications. Although infected pregnant women may experience only mild, flu-like symptoms, their infections can lead to premature delivery, infection of the newborn, or even stillbirth.

Nationwide recall of organic mushrooms initiated because of Listeria risks