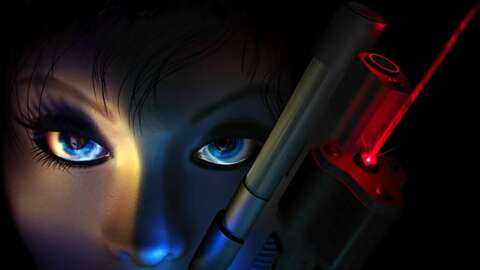 When Perfect Dark released in 2000, it wasn’t the sequel anyone had in mind for Goldeneye. Perfect Dark took Rare’s FPS concept in a bold and interesting new direction introducing a brand new science fiction world. With a brand new Perfect Dark revealed to be in the works as of 2020, it’s the … dare I say, perfect time to look back.

Replaying Perfect Dark, I feel like FPS games just aren’t made like this anymore. And that’s both a positive thing and a shame at the same time. I think First Person Shooters have evolved the most of any genre since their advent with BattleZone, Doom, and Quake. Especially on consoles, where controls were always an issue and somehow, Rare made it work with the wonky N64 controller, even if it now feels incredibly dated. So – let’s take a look back at Perfect Dark.

Halo Infinite Battle Royale: Breaking Down The Rumors And Possibilities

I Have A Metroid Prime Conspiracy Theory